TAIPEI, Taiwan (AP) — Taiwan will exchange representative offices with Lithuania, the self-governed island said Tuesday, in a breakthrough for its foreign relations that are under constant pressure from China.

The offices will seek to enhance economic and trade relations, along with cooperation in various other fields, the island’s Foreign Ministry said.

The office will bear the name of Taiwan, rather than “Chinese Taipei,” the term used in other countries in order not to offend Beijing, which claims the island as its territory without the right to diplomatic recognition.

“The governments of Taiwan and Lithuania have mutually agreed after intensive negotiations that Taiwan will soon establish a representative office in the Lithuanian capital city of Vilnyus,” Taiwanese Foreign Minister Joseph Wu said.

Taiwan’s first-ever representative office abroad to bear the name of Taiwan was established in Somaliland in 2020. While Chinese pressure has reduced the island’s formal diplomatic allies to just 15, it maintains informal ties with all major nations through the use of de facto embassies.

Lithuania will set up its office in Taiwan in the autumn, Wu said.

“I therefore believe that Taiwan and Lithuania’s economic and trade exchanges, cooperation in various fields, as well as the friendships between people will all be enhanced, despite their geographical distance,” Wu said.

The last time Taiwan established a representative office in Europe was in 2003 in Bratislava, Slovakia.

Along with poaching Taiwan’s formal diplomatic partners, China has used its diplomatic and economic heft to prevent or shrink unofficial relations between the island and foreign nations. In February, Guyana canceled permission for Taiwan to open a trade and investment office in the South American country under pressure from China.

In Beijing on Tuesday, the spokesperson for the Cabinet’s Taiwan Affairs Office, Zhu Fenglian, said on social media that China “urged Lithuania to adhere to the one-China principle and not send the wrong signals to forces behind Taiwan independence.”

Zhu did not specify any steps China would take in retaliation, but said nothing Taiwan’s Democratic Progressive Party-led government does would “change the fact that Taiwan is a part of China.”

Taiwan has long sought closer relations with the Baltic states, citing their past experiences under authoritarian rule and embrace of multiparty democracy and liberal values. 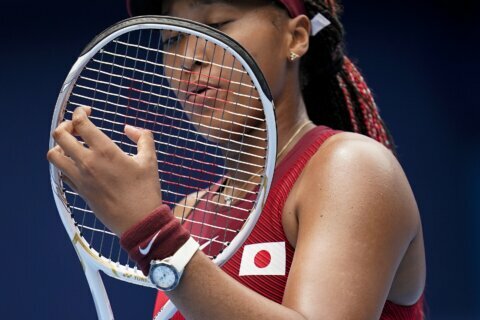 ‘Sense of duty’: Osaka was inspired by Olympic flame honor 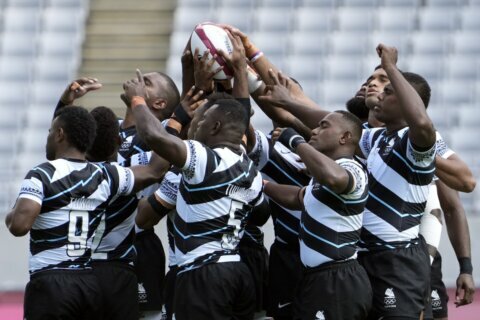 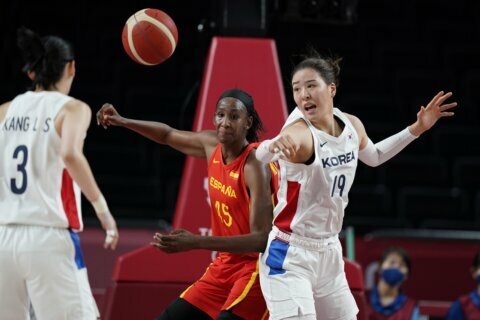