Participants gathering in the Uzbek capital of Tashkent traded stinging criticisms and finger-pointing over the rapidly deteriorating situation in Afghanistan. Taliban forces have surged in recent weeks, capturing dozens of districts and key border region from the faltering Afghan security forces and military as the U.S. and NATO complete their withdrawal.

The conference had originally been intended to discuss building better transportation links across Central and South Asia, but that agenda was trumped by the Taliban advances.

All the participants — including the U.S., Russia, China and many of Afghanistan’s neighbors — have hands in the Afghan conflict. Few want an outright Taliban takeover in the country, but the conference’s early tone pointed to the difficulty of finding common ground over how to salvage a peaceful settlement.

“Regrettably, we have witnessed a quick degradation of the situation in Afghanistan in the last few days,” Lavrov told the gathering, pointing to the “hasty withdrawal of the U.S. and NATO contingents.”

“The crisis in Afghanistan has led to the exacerbation of the terrorist threat and the problem of illegal drug trafficking that has reached an unprecedented scale,” he said. “There are real risks of instability spilling into neighboring countries.”

Lavrov dashed any hopes the U.S. may have of using bases in Central Asia to monitor terror threats in Afghanistan. While Pakistan and Uzbekistan have already given Washington a flat no, Lavrov said there are no Central Asian states ready to take that risk.

In an interview with The Associated Press, U.S. peace envoy for Afghanistan Zalmay Khalilzad said he would press for a at least a temporary cease-fire during next week week’s Islamic holiday of Eid al-Adha.

Khalilzad, who expressed surprise at the Taliban’s rapid sweep through swaths of Afghanistan, said a long-term “comprehensive” cease-fire may have to wait for the two sides to reach a political deal. Still, he said he will press for a reduction in violence.

In recent weeks, the Taliban have chalked up dozens of wins and now hold key border crossings with Iran, Uzbekistan, Tajikistan and Pakistan. The insurgents say they are not seeking an outright military victory over the Afghan government, but peace efforts have long been stalled and without a deal, the country risks an all-out civil war for power among all its many armed factions.

Speaking to the conference, Pakistani Prime Minister Imran Khan said his country wants a peace settlement. He pointed out the Pakistan already hosts more than 2 million refugees from decades of war in Afghanistan and cannot handle a new surge that is likely if violence escalates.

“We will always be against a military solution to the conflict in Afghanistan,” Khan was quoted as saying by Russian state RIA-Novosti news agency. He also rejected allegations of Pakistan’s support for the Taliban as “extremely unfair,” saying “Pakistan has done more than any other country to help put the Taliban at the negotiations table.”

Afghan President Ashraf Ghani, in turn, took the opportunity in speaking to the conference to further denounce what he calls Pakistan’s fomenting of violence in Afghanistan. He said more than 10,000 “jihadi fighters from Pakistan and other places in the past month” have come to Afghanistan, without offering evidence.

Relations between Afghanistan and Pakistan are plagued by deep, long-time suspicions. Kabul continually accuses Islamabad of providing safe havens for the Taliban and treating wounded insurgents at hospitals in Pakistan. On Friday in Pakistan’s southwestern border town of Chaman, Afghan Taliban were reportedly treated for injuries received in battle with Afghan security forces and military across the border in Afghanistan’s Spin Boldak. The Taliban had taken the border town earlier this week, and Afghan elite forces were waging a counter-attack to retake it.

Pakistan has also accused Afghanistan of harboring the Pakistani Taliban, known as the Tehreek-e-Taliban Pakistan, who have stepped up attacks in Pakistan, killing several army personnel a week in recent months.

A senior Afghan government delegation was travelling to Qatar on Friday to meet Taliban leaders who have a political office in Doha, the capital there. The meeting is headed by Abdullah Abdullah, the head of the country’s national reconciliation council making it the highest level delegation yet to meet the Taliban.

“It takes both sides to work for peace … heavy fighting is going on and it is not just today, it has been going on for 42 years,” Abdullah told reporters before leaving Kabul for Doha. “Hundreds of thousands of people have been affected by this war, we have to do our best in bringing peace.”

The Central Asian states, Russia and the U.S. have all expressed a hope that a peaceful Afghanistan that included the Taliban working with, instead of against, the Afghan security forces could tackle militant groups like the Islamic State group and the Islamic Movement of Uzbekistan. In some parts of Afghanistan, the Taliban have fought IS at times, helping degrade its capabilities.

With the final deadline for the last U.S. soldier out of Afghanistan by Aug. 31, America is also looking to heightened its intelligence and capability to fight terror threats in the region.

The five Central Asian States had a separate meetings Thursday with Elizabeth Sherwood-Randall, President Joe Biden’s assistant for homeland security. Afghanistan figured prominently in their talks, which centered on ways to cooperate on regional security. 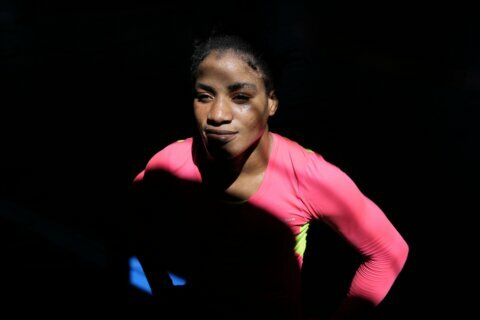 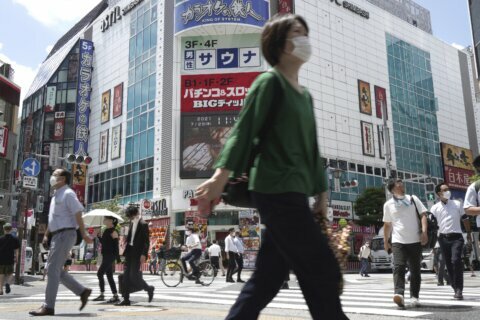