PHILADELPHIA (AP) — A Hong Kong pro-democracy activist and a Saudi women’s rights activist will be presented the Liberty Medal later this year.

The National Constitution Center announced Tuesday that the annual award will be presented Sept. 21 to Jimmy Lai and Loujain al-Hathloul “for their courage and conviction in exercising the fundamental rights of freedom of speech, nonviolent resistance, and peaceful dissent.” They will split the $100,000 prize.

Jimmy Lai’s media company founded Apple Daily, a widely-read tabloid frequently critical of Hong Kong and the Chinese Communist Party that was forced to close in June. He faces charges under the national security law of foreign collusion and was sentenced to prison for involvement in the 2019 pro-democracy protest movement.

Loujain al-Hathloul was held for three years in a Saudi prison for leading the campaign to legalize driving for women. She was detained in May 2018 along with several other activists weeks before the Saudi government lifted the ban. Released early in February, she remains under many restrictions and has appealed her conviction.

The Liberty Medal, established in 1988 to mark the U.S. Constitution’s bicentennial, is presented to individuals who strive to secure the blessings of liberty for people around the globe. Recent recipients have included Supreme Court justices Ruth Bader Ginsburg and Anthony Kennedy, Sen. John McCain, Rep. John Lewis and Malala Yousafzai. 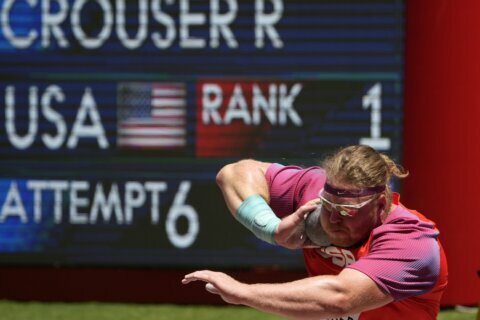 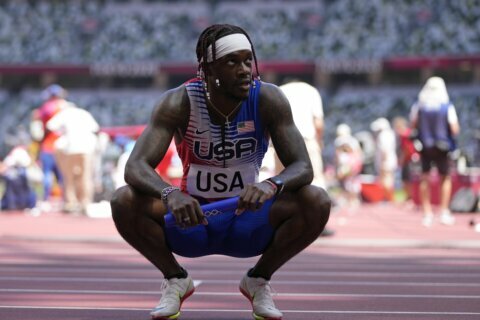