TOKYO (AP) — The indignant outcry from the UCI, the global governing body for cycling, and several dozen riders that would be competing in the track cycling events at the Tokyo Olympics was easy to understand.

The original proposal put forth by organizers included a $100 million velodrome to be built in the city, near the heart of the Olympics, allowing athletes to get the full feel of the Summer Games. They would’ve been able to cheer on fellow athletes in other sports, eat in the same facilities and hang out together between competitions.

But organizers soon realized they could cut millions from a ballooning budget if they instead used an existing velodrome near Izu, about 2 1/2 hours southwest of Tokyo — effectively shoving cycling to the Olympic periphery.

All of this took place before the arrival of COVID-19, though. Now, what was once viewed as a bummer for cyclists competing in the Summer Games has become a beneficial bubble. They are essentially quarantined among themselves in a few hotels near the velodrome, making it easier for them to control close contacts and prevent virus spread.

“I think even before the pandemic, at least our program was very much aware this was going to be different because we’re so far outside of Tokyo,” said Jennifer Valente, part of the world record-holding U.S. pursuit team and partner for Megan Jastrab in the debut of the women’s Madison. “We’re basically in a satellite village with just cyclists.”

Valente remembers the difference at the Rio Games, where she was part of the silver medalist pursuit team.

There, organizers planned on using a velodrome that was built a decade earlier for the Pan American Games. But when the UCI deemed it unsuitable for Olympic competition, it was razed — the site was used for the Olympic Aquatics Stadium — and a $50 million velodrome was built in the heart of the main Olympic park. Surrounding the facility on three sides were the tennis facility, gymnastics arena and a multipurpose venue used for judo, handball and other sports.

It was hard to get much more in the middle of the Olympics.

There was a similar setup at the London Games, where a velodrome costing nearly $150 million turned out to be one of the striking architectural features of the the Olympic Park. Nine years later, it is still used for races and by the public.

Meanwhile, the 10-year-old Izu velodrome is far removed from the circus that typically accompanies the Summer Games.

“But it’s different for everyone, you know?” said Britain’s Jason Kenny, a six-time gold medalist who has returned from retirement to compete in Tokyo. “At the Olympics, you’re kind of head-down-in-a-bubble anyway.”

It’s not just track cyclists that have a built-in bubble, either; almost all the cyclists do.

Mountain biking, which has been moved up in the program from the final weekend to the first week, takes place on a course near the Izu velodrome. That means riders will stay in many of the same facilities as their track counterparts.

The men’s and women’s road races begin the cycling program this weekend. Most of those riders also stay in outlying areas, where they are better able to recon the course. For the men, that includes two trips up Mt. Fuji, and both races will begin at Musashinonomori Park on the outskirts of Tokyo before finishing at Fuji International Speedway.

“I came from the Tour (de France), straight to the hotel here in Gotemba,” Canada’s Michael Woods said of a city near the base of Mt. Fuji. “And the hotel is filled exclusively with cyclists, basically everybody from the road race. So it feels like I’ve gone from the Tour de France, which was a cycling bubble, to the same cycling bubble.”

In fact, the only cyclists in the heart of it all are the BMX riders.

The high-flying race course sits next to the venue for freestyle BMX, which is making its Olympic debut. Both are joined by the skateboarding venue — also a new sport this year — in the stunning waterfront Ariake Urban Sports Park.

Otherwise, cyclists will be enjoying some Olympic isolation that could turn out to be quite beneficial.

“It all changes kind of the environment that we’re in without being in the Olympic Village, the sponsor houses, the Team USA Houses — all the extra stuff that’s off the playing field,” Valente said. “It’s a summer we won’t get to experience that after competing. But you know, with COVID now, even the people in Tokyo — in the middle of everything — they’re going to have a completely different experience. I think we already had our minds wrapped around being a little more isolated.” 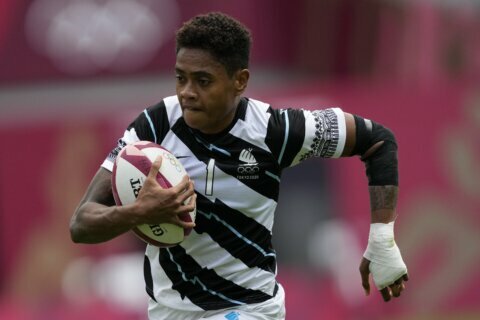 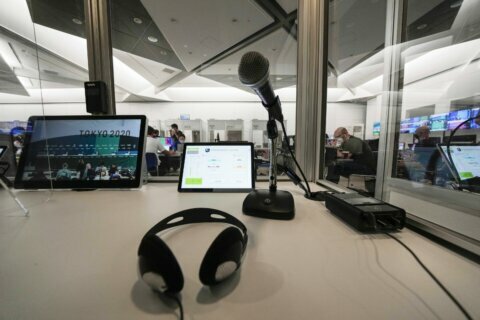 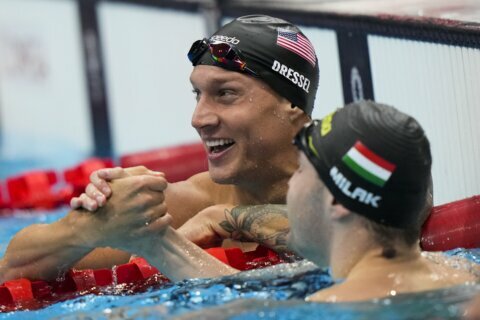