The House voted overwhelmingly Thursday to allow in thousands more of the Afghans who worked alongside Americans in the Afghanistan…
Listen now to WTOP News WTOP.com | Alexa | Google Home | WTOP App | 103.5 FM

The House voted overwhelmingly Thursday to allow in thousands more of the Afghans who worked alongside Americans in the Afghanistan war, citing the urgency of protecting those on-the-ground allies from Taliban retaliation as the U.S. military withdrawal enters its final weeks.

The bill, by Rep. Jason Crow, a Colorado Democrat and former Army Ranger who fought in Afghanistan, allows 8,000 more visas for translators and others who worked with U.S. government troops and civilians in Afghanistan. It also eases some requirements for the visas.

Currently, 26,500 of the special Afghan visas are allocated.

The House passed the new measure 407-16, sending it to the Senate. All of the no votes were from Republicans.

President Joe Biden decreed an end to the U.S. military role in Afghanistan by Sept. 11. That will close a U.S. military effort that early on succeeded in its main goal of crushing the Afghanistan-based al-Qaida plotters of the 2001 attacks on the United States, but struggled to quell Afghanistan’s former Taliban rulers and stabilize a Kabul-based elected government.

The Pentagon says the U.S. withdrawal is 95% finished and will be completed by Aug. 31.

The last weeks of withdrawal leave the Taliban apparently holding “strategic momentum” in the fight for control of Afghanistan as they claim more rural territory and put increasing pressure on key cities, Army Gen. Mark Milley, chairman of the Joint Chiefs of Staff, said Wednesday.

The Biden administration says there are 20,000 applicants so far, half of whom have not completed initial stages of review for the visas. The United States is also allowing former Afghan employees to bring in close family members.

Rep. Tom McClintock, a California Republican, said the bill would add to what he said would be too-hasty screening and processing as the United States rushes to get the Afghans out. He pointed to security risks for the United States.

“We will not be adequately vetting arrivals under this program,” McClintock said.

Other lawmakers called it essential to future U.S. military endeavors to prove that Americans would stand by local battleground allies. Some urged the U.S. government to open the door wider still to the Afghans who worked with Americans.

About 70,000 Afghans have settled in the United States on the special visas since 2008, Tracey Jacobson, the director of the administration’s Afghanistan task force, told reporters on Wednesday.

Currently, the Biden administration plans to start flying 750 of the Afghans furthest along in the visa processing from Kabul to the United States next week, along with their immediate families, Jacobson said.

Those new arrivals will head to Fort Lee, Virginia, for an expected seven to 10 days to complete their processing, authorities said.

The administration hopes to process 4,000 former employees and their immediate families — people much further behind in the process — at U.S. bases in some other country before bringing them to the United States.

Qatar and Kuwait are among the latest countries being mentioned as possible hosts, but U.S. officials said this week they had no agreements to announce yet. 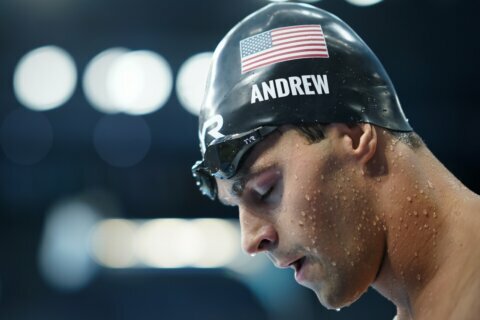