SAITAMA, Japan (AP) — Australia center Aron Baynes will miss the remainder of the Tokyo Olympics with a neck injury, a significant blow for the medal hopefuls who have already qualified for next week’s knockout stage.

The team said Baynes got hurt during Wednesday’s game against Italy and will “recover in the coming weeks.” The injury means Australia will finish the tournament with 11 players available.

“I am really disappointed that I can’t continue in the Olympics,” Baynes said through the team. “I along with the rest of the team have been working so hard in our quest for an historic Olympic medal and I am gutted that I can’t complete the journey with the boys, but I have every confidence that they will get the job done.”

Australia’s men have never medaled in major international competition, either the Olympics or the Basketball World Cup. Its best finish in either of those events is fourth, something it has managed four times.

Baynes has averaged 9.0 points and 6.0 rebounds in Australia’s two games so far in Tokyo. He spent this past NBA season with Toronto, which holds a team option on him for next season at about $7 million.

“Unfortunately, injuries can happen,” Australia coach Brian Goorjian said. “But this team is resilient and we will adapt”.

Australia will play Germany on Saturday in its final game of the group stage, and is assured of a quarterfinal game on Tuesday.

“It’s a tough loss for us,” Boomers captain Patty Mills said. “His presence on the floor and physical play has been a big part of our identity for so long and that will be missed, but it doesn’t change our focus and how we go about our business and what we have come to achieve.” 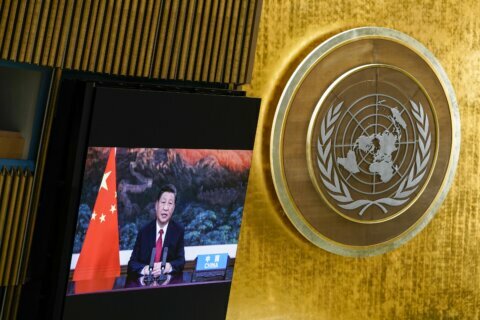