CANBERRA, Australia (AP) — Australia on Tuesday denied Chinese government and media allegations that it was interfering in the rollout of Chinese vaccine in Papua New Guinea.

The clash over vaccine diplomacy marks another rift in bilateral relations, which plummeted last year when Australia called for an independent investigation into the origins of and responses to COVID-19.

Australian Minister for International Development and the Pacific Zed Seselja denied the accusation during a visit to the South Pacific island nation.

“When it comes to the rollout, what we’re focused on is just making sure that we are providing as much assistance as we possibly can. If other countries want to provide assistance, that’s wonderful,” Seselja told Australian Broadcasting Corp. in an interview televised on Tuesday.

“We come to these issues in good faith and we will continue to do things that are in the interests of our region and interests of our friends and neighbors, most particularly Papua New Guinea,” Seselja added.

“Someone in Australia is using the vaccine issue to engage in political manipulation, bullying and coercion. It is indifferent to the lives and health of the people in Papua New Guinea, contrary to the basic humanitarian spirit, and seriously disrupts the overall situation of the global fight against the epidemic, which is extremely hypocritical and irresponsible,” Wang said in mandarin.

“We have no geopolitical purpose and no political strings attached (to our vaccine supply). We urge the Australian side to stop disrupting and undermining China’s vaccine cooperation with Pacific island countries, and join China in making practical efforts to safeguard the health and well-being of the island people and promote international cooperation in fighting the epidemic,” Wang added.

Papua New Guinea Planning Minister Rainbo Paita had thanked both China and Australia for their help in the pandemic.

Papua New Guinea locals in the capital Port Moresby complained last week that they had been told the Sinopharm vaccine was still only available to Chinese, the Post-Courier newspaper in Port Moresby reported.

There are concerns among receiving countries that China’s vaccine diplomacy may come at a cost, which China has denied.

Beijing first promised the vaccines in February, but Papua New Guinea did not approve Sinopharm for emergency use until May.

Australia on Tuesday promised to share up to 15 million COVID-19 vaccine doses with Pacific island neighbors and East Timor.

Papua New Guinea is a nation of almost 9 million people who mostly live in traditional villages.

It has recorded more than 17,000 infections and 173 deaths since the pandemic began, but the true extent is difficult to gauge because of a lack of testing. 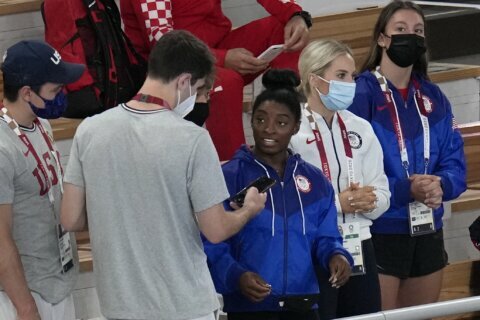 Biles set to return to competition for balance beam final 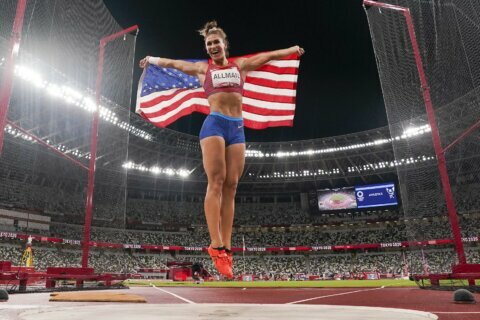