Zhang of China makes breakthrough despite loss at Wimbledon

The first man to represent China in the main draw at Wimbledon during the Open era was eliminated in the…
Listen now to WTOP News WTOP.com | Alexa | Google Home | WTOP App | 103.5 FM

The first man to represent China in the main draw at Wimbledon during the Open era was eliminated in the opening round Tuesday.

“I’m really happy to be a Chinese man here, especially this year, a very tough year,” Zhang said. “For me it’s a very good experience. It’s not really bad to lose, you know?”

Even so, Zhang noted a wall at the All England Club displaying flags from different nations, and he speculated the Chinese flag might hang more prominently if he had won a match or two.

Ranked 175th, Zhang faded at the finish in a matchup between qualifiers. In the final set he struggled with his serve, while Hoang had an 11-4 edge in winners.

Li Na has had China’s greatest success in tennis. She won women’s singles titles at the 2011 French Open and 2014 Australian Open and was inducted to the International Tennis Hall of Fame in 2019.

The last Chinese men to compete in the main draw at Wimbledon were Chu Chen-Hua and Mei Fu-Chi in 1959. Chinese men have also competed at the Australian Open, and are now 0-7 in Grand Slam matches in the Open era, which began in 1968. 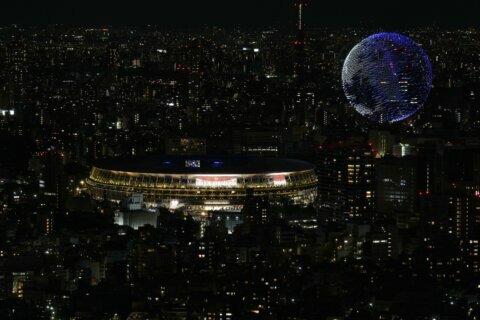 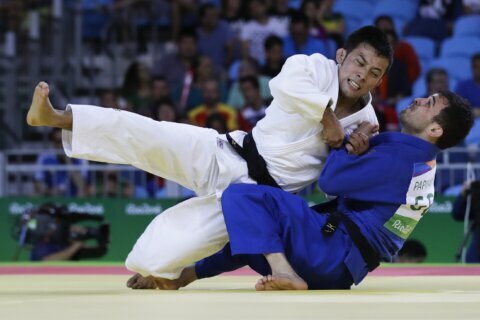