Ahmad was killed immediately, while his wife died a few hours later at a hospital. Their 23-year-old daughter died at a hospital early Monday.

In a statement, police called it a “terror attack.”

Meanwhile, a gunbattle between government forces and rebels raged Monday in Srinagar, the region’s main city. Police said government forces surrounded a neighborhood in the city on a tip that militants were there. There were no immediate reports of casualties.

The Himalayan region of Kashmir is divided between India and Pakistan and claimed by both in its entirety. Rebels have been fighting Indian rule since 1989.

New Delhi deems the Kashmir militancy to be Pakistan-sponsored terrorism. Pakistan denies the charge, and most Kashmiris call it a legitimate freedom struggle. 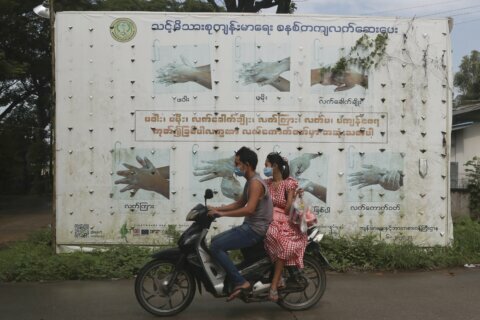