BANGKOK (AP) — Myanmar’s ousted leader Aung San Suu Kyi went on trial Monday on charges that many observers say are an attempt by the junta that deposed her to eliminate her as a political force, erase the country’s democratic gains and cement the military’s power.

Suu Kyi’s prosecution poses yet another major setback for Myanmar, which had been making slow progress toward democracy when a February coup prevented elected lawmakers from her National League for Democracy party from taking office following last year’s landslide victory.

Human Rights Watch said that the allegations being heard in a special court in the capital, Naypyitaw, are “bogus and politically motivated” with the intention of nullifying the victory and preventing Suu Kyi from running for office again.

“This trial is clearly the opening salvo in an overall strategy to neuter Suu Kyi and the National League for Democracy party as a force that can challenge military rule in the future,” said Phil Robertson, the organization’s deputy Asia director.

U.N. deputy spokesman Farhan Haq, responding to a question on Secretary-General Antonio Guterres’ reaction to the trial, said the U.N. position is clear: “We want her and all of the senior members of her administration to be freed.”

“The secretary-general has called for and continues to call for a reversal of the Feb. 1 coup and the restoration of the legitimate government of Myanmar, of whom Aung San Suu Kyi is a member,” Haq said.

The army seized power on Feb. 1 before the new lawmakers could be seated, and arrested Suu Kyi, who held the post of special counsellor, President Win Myint and other members of her government and ruling party. The Southeast Asian country went seemingly overnight from an emerging democracy to the international pariah it had been for decades while under military rule.

The army justified its coup by alleging the government failed to properly investigate accusations of voting irregularities. Since then it has said it has found evidence of fraud — an assertion contested by the independent Asian Network for Free Elections and many others. Junta officials have threatened to dissolve the National League for Democracy and any conviction for Suu Kyi could see her barred from politics.

The junta has claimed it will hold new elections within the next year or two, but the country’s military has a long history of promising elections and not following through. The military ruled Myanmar for 50 years after a coup in 1962, and kept Suu Kyi under house arrest for 15 years after a failed 1988 popular uprising.

The military’s latest takeover sparked nationwide protests that continue despite a violent crackdown that has killed hundreds of people. Although street demonstrations have shrunk in number and scale, the junta now faces a low-level armed insurrection by opponents in both rural and urban areas.

The trial against the 75-year-old Suu Kyi is closed, but her lawyers said at the end of the day’s hearing that the prosecution began presenting its case.

Suu Kyi has been charged with illegally importing walkie-talkies for her bodyguards’ use, unlicensed use of the radios and spreading information that could cause public alarm or unrest, as well as for two counts of violating the Natural Disaster Management Law for allegedly breaking pandemic restrictions during the 2020 election campaign, her lawyers said Sunday.

“All these charges should be dropped, resulting in her immediate and unconditional release,” said Human Rights Watch’s Robertson. “But sadly, with the restrictions on access to her lawyers, and the case being heard in front of a court that is wholly beholden to the military junta, there is little likelihood she will receive a fair trial.”

Government prosecutors will have until June 28 to finish their presentation, after which Suu Kyi’s defense team will have until July 26 to present its case, Khin Maung Zaw, the team’s senior member, said last week. Court sessions are due to be held on Monday and Tuesday each week.

Two other more serious charges against Suu Kyi are being handled separately: one for breaching the colonial-era Official Secrets Act, which carries a maximum 14-year prison term, and another for bribery, which has a maximum penalty of 15 years in prison and a fine.

Although Suu Kyi faced her first charge just days after the February coup, she not allowed her first face-to-face meeting with her lawyers until May 24, when she made her first actual appearance in court for a pre-trial hearing. Since then, she had another brief meeting with them before seeing them in court Monday.

A photo of her May 24 appearance released by state media showed her sitting straight-backed in a small courtroom, wearing a pink face-mask, her hands folded in her lap. Alongside her were her two co-defendants, the former president as well as the former mayor of Naypyitaw, Myo Aung.

More than four months since the coup, members of the U.N. team on the ground “remain deeply concerned over the security forces’ use of violence, with reports of deaths and injuries on a daily basis,” deputy spokesman Haq said. 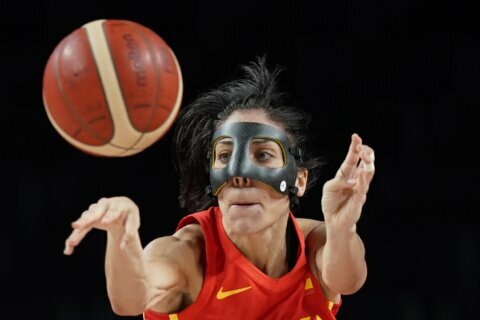 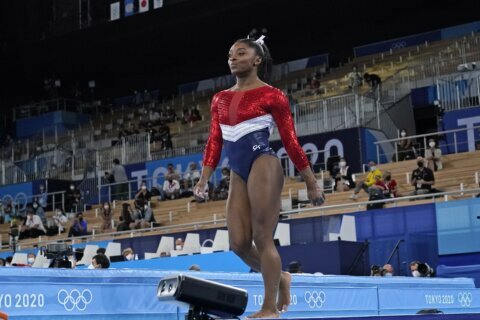