President Joe Biden opened the first overseas trip of his term Wednesday with a declaration that “the United States is back” as he seeks to reassert the nation on the world stage and steady European allies deeply shaken by his predecessor.
Listen now to WTOP News WTOP.com | Alexa | Google Home | WTOP App | 103.5 FM

MILDENHALL, England (AP) — President Joe Biden opened the first overseas trip of his term Wednesday with a declaration that “the United States is back” as he seeks to reassert the nation on the world stage and steady European allies deeply shaken by his predecessor.

Biden has set the stakes for his eight-day trip in sweeping terms, believing the West must publicly demonstrate it can compete economically with China as the world emerges from the coronavirus pandemic. It is an open repudiation of his predecessor, Donald Trump, who scorned alliances and withdrew from a global climate change agreement that Biden has since rejoined.

The president’s first stop was a visit with U.S. troops and their families at Royal Air Force Mildenhall, where he laid out his mission for the trip.

“We’re going to make it clear that the United States is back and democracies are standing together to tackle the toughest challenges and issues that matter the most to our future,” he said. “That we’re committed to leading with strength, defending our values, and delivering for our people.”

The challenges awaiting Biden overseas were clear as the president and the audience wore masks — a reminder of the pandemic that is still raging around much of the world even as its threat recedes within the United States.

“We have to end COVID-19 not just at home — which we’re doing — but everywhere,” Biden said.

Shortly before the president spoke, people briefed on the matter said the Biden administration had brokered an agreement with Pfizer to purchase 500 million COVID-19 vaccine doses to be donated to 92 lower-income countries and the African Union over the next year.

National security adviser Jake Sullivan told reporters that Biden was committed to sharing vaccines because it was in the public health and strategic interests of the U.S. He added that Biden is aiming to show “that democracies are the countries that can best deliver solutions for people everywhere.”

“As he said in his joint session (address), we were the ‘arsenal of democracy’ in World War II,” Sullivan said. “We’re going to be the ‘arsenal of vaccines’ over this next period to help end the pandemic.”

After addressing the troops, Biden and first lady Jill Biden flew to Cornwall Airport Newquay, then traveled by car to Tregenna Castle in St. Ives, where they are staying until Sunday.

Building toward his trip-ending summit with Russian President Vladimir Putin, Biden will aim to reassure European capitals that the United States can once again be counted on as a dependable partner to thwart Moscow’s aggression both on their eastern front and their internet battlefields.

The trip will be far more about messaging than specific actions or deals. And the paramount priority for Biden is to convince the world that his Democratic administration is not just a fleeting deviation in the trajectory of an American foreign policy that many allies fear irrevocably drifted toward a more transactional outlook under Trump.

“The trip, at its core, will advance the fundamental thrust of Joe Biden’s foreign policy,” Sullivan said, “to rally the world’s democracies to tackle the great challenges of our time.”

In their face-to-face sit-down in Geneva, Biden wants to privately pressure Putin to end myriad provocations, including cybersecurity attacks on American businesses by Russian-based hackers, the jailing of opposition leader Alexei Navalny and repeated overt and covert efforts by the Kremlin to interfere in U.S. elections.

Biden is also looking to rally allies on their COVID-19 response and to urge them to coalesce around a strategy to check emerging economic and national security competitor China even as the U.S. expresses concern about Europe’s economic links to Moscow. Biden also wants to nudge outlying allies, including Australia, to make more aggressive commitments to the worldwide effort to curb global warming.

The week-plus journey is a big moment for Biden, who traveled the world for decades as vice president and as chair of the Senate Foreign Relations Committee and has now stepped off Air Force One onto international soil as commander in chief. He will face world leaders still grappling with the virus and rattled by four years of Trump’s inward-looking foreign policy and moves that strained longtime alliances as the Republican former president made overtures to strongmen.

The president first attends a summit of the Group of Seven leaders in the U.K., and then visits Brussels for a NATO summit and a meeting with the heads of the European Union. The trip comes at a moment when Europeans have diminished expectations for what they can expect of U.S. leadership on the foreign stage.

Central and Eastern Europeans are desperately hoping to bind the U.S. more tightly to their security. Germany is looking to see the U.S. troop presence maintained there so it doesn’t need to build up its own. France, meanwhile, has taken the tack that the U.S. can’t be trusted as it once was and that the European Union must pursue greater strategic autonomy going forward.

“I think the concern is real that the Trumpian tendencies in the U.S. could return full bore in the midterms or in the next presidential election,” said Alexander Vershbow, a former U.S. diplomat and once deputy secretary general of NATO.

The sequencing of the trip is deliberate: Biden consulting with Western European allies for much of a week as a show of unity before his summit with Putin.

Biden holds a sitdown Thursday with British Prime Minster Boris Johnson a day ahead of the G-7 summit to be held above the craggy cliffs of Cornwall overlooking the Atlantic Ocean.

The most tactile of politicians, Biden has grown frustrated by the diplomacy-via-Zoom dynamics of the pandemic and has relished the ability to again have face-to-face meetings that allow him to size up and connect with world leaders. While Biden himself is a veteran statesman, many of the world leaders he will see in England, including Johnson and French President Emmanuel Macron, took office after Biden left the vice presidency. Another, Germany’s Angela Merkel, will leave office later this year.

There are several potential areas of tension. On climate change, the U.S. is aiming to regain its credibility after Trump pulled the country back from the fight against global warming. Biden could also feel pressure on trade, an issue to which he’s yet to give much attention. And with the United States well supplied with COVID-19 vaccines yet struggling to persuade some of its own citizens to use it, leaders whose inoculation campaigns have been slower have been pressuring Biden to share more surplus around the globe.

Another central focus will be China. Biden and the other G-7 leaders will announce an infrastructure financing program for developing countries that is meant to compete directly with Beijing’s Belt-and-Road Initiative. But not every European power has viewed China in as harsh a light as Biden, who has painted the rivalry with the techno-security state as the defining competition for the 21st century.

The European Union has avoided taking as strong a stance on Beijing’s crackdown on Hong Kong’s democracy movement or treatment of Uyghur Muslims and other ethnic minorities in the western Xinjiang province as the Biden administration may like. But there are signs that Europe is willing to put greater scrutiny on Beijing.

Biden is also scheduled to meet with Turkish President Recep Tayyip Erdogan while in Brussels, a face-to-face meeting between two leaders who have had many fraught moments in their relationship over the years.

The trip finale will be Biden’s meeting with Putin.

Biden has taken a very different approach to Russia than Trump’s friendly outreach. Their sole summit, held in July 2018 in Helsinki, was marked by Trump’s refusal to side with U.S. intelligence agencies over Putin’s denials of Russian interference in the election two years earlier. 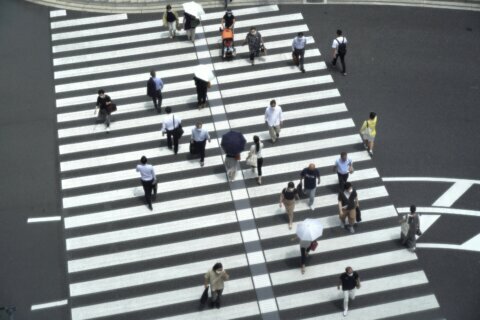 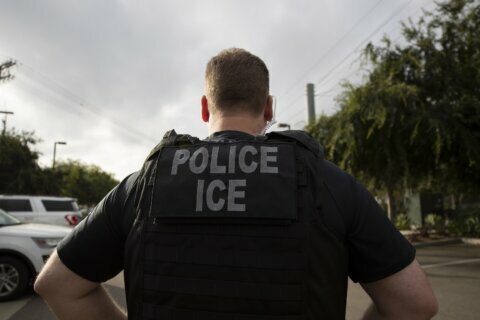