WELLINGTON, New Zealand (AP) — New Zealand’s top court on Friday left open the possibility that a man could be extradited to China to face murder charges in a landmark case that has big diplomatic implications.

It remains uncertain whether the extradition of Kyung Yup Kim will proceed in a case that has already dragged on for more than a decade.

The dispute hinges on whether New Zealand can be assured that Kim will get a fair trial if he’s sent to China and won’t be tortured. New Zealand doesn’t have an extradition treaty with China.

New Zealand’s Supreme Court on Friday didn’t make a final ruling on the case but asked for more information from Justice Minister Kris Faafoi and others to be submitted by the end of July.

The 3-2 split decision found that it was possible for New Zealand to get sufficient assurance from China about Kim’s welfare, partially overturning an earlier appeals court ruling.

Such assurances could include confirmation that representatives could visit Kim at least every 48 hours during the investigation and that the trial take place in Shanghai.

But times have changed since a previous justice minister from a conservative government backed extradition. Faafoi is from a liberal government and will decide how to proceed at a time when relations with China have deteriorated.

The court acknowledged Faafoi might see things differently, saying he would be “entitled to depart from the previous minister’s decision.”

Faafoi said Friday he wouldn’t comment while the case was still being litigated.

Kim’s lead lawyer Tony Ellis said they were surprised and disappointed by the Supreme Court’s partial decision. Ellis said that under the Communist Party, China remains a rogue state.

“It engages in endemic use of torture, does not guarantee fair trials, and more widely rejects the basic premise that it must respect international human rights law,” Ellis said.

He said Kim had already suffered severe depression and physical health problems after being incarcerated for more than five years and spending another three years on electronic monitoring, making him the longest-serving prisoner not to face a trial in modern New Zealand.

Ellis said they would also challenge the partial judgment before the United Nations Human Rights Committee.

According to court documents, Kim is a South Korean citizen who moved to New Zealand more than 30 years ago with his family when he was 14.

He is accused of killing a 20-year-old waitress and sex worker, Peiyun Chen, in Shanghai after traveling to the city to visit a different woman who was his girlfriend at the time.

Chen was found in a Shanghai wasteland on New Year’s Eve 2009. An autopsy concluded she had been strangled to death, and that she’d also been hit in the head with a blunt object.

Chinese police say they have forensic and circumstantial evidence linking Kim to the crime, including a quilt found with the body. Police say a distraught Kim told an acquaintance he may have “beaten a prostitute to death.”

Kim says he is innocent. Ellis said his defense case would be that his former girlfriend, who has Communist Party connections, is responsible for the crime.

Kim was arrested in 2011 after China asked to extradite him on one count of intentional homicide. He spent five years in a New Zealand jail as his extradition case proceeded before he was released on bail. 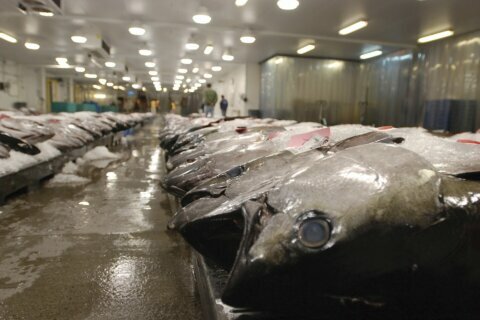 The Latest: China’s Sinovac to build vaccine plant in Chile