Opener Shan Masood orchestrated Multan’s healthy total of 183-5 with 73 off 42 balls before leg-spinner Imran Tahir’s haul of 3-7 helped skittle out Quetta for 73 in 12.1 overs.

“We couldn’t get the team combination right this season, especially with the foreign players,” said Quetta captain Sarfaraz Ahmed.

Quetta’s two leading foreign cricketers — Andre Russell and Faf du Plessis — suffered concussion during the early part of the Abu Dhabi leg of the Super League, taking the sting out of Sarfaraz’s team.

In the absence of Russell and du Plessis, Quetta’s two other foreign batsmen Jake Weatherald (19) and Cameroon Delport (0) fell cheaply on Wednesday.

Earlier, after being put into bat, Masood dominated an opening stand of 72 with captain Mohammad Rizwan (21).

Masood hit seven fours and four sixes before being caught on the long-on boundary. Johnson Charles then smashed 47 off 24 balls.

“We play 10 matches so you need momentum somewhere,” Rizwan said. “We didn’t get that in Karachi but have gelled well here in Abu Dhabi. Someone or the other keeps performing and that’s giving us the results.”

Islamabad United, on 12 points, is the only team to have qualified for the playoffs. Peshawar Zalmi and Lahore Qalandars have 10 points each, while defending champion Karachi Kings is fifth on 6 points. 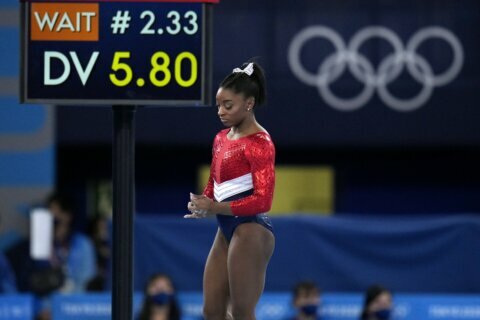