BANGKOK (AP) — Three journalists from military-ruled Myanmar who were convicted of illegal entry after they fled to Thailand have been sent to a third country where they are safe, their employer said Monday.

The three staff members of the Democratic Voice of Burma, better known as DVB, were arrested on May 9 in the northern Thai province of Chiang Mai along with two other people from Myanmar described as activists. On May 28, they were each sentenced to a 4,000 baht ($128) fine and seven months’ imprisonment, suspended for a year.

Rights groups and journalists’ associations had urged Thai authorities not to send them back to Myanmar, where it was feared that their safety would be at risk from the authorities. Thailand’s government has relatively cordial relations with Myanmar’s military regime.

Myanmar’s junta seized power in February by ousting the elected government of Aung San Suu Kyi, and has attempted to crush widespread opposition to its takeover with a brutal crackdown that has left hundreds dead. It has tried to silence independent news media by withdrawing their licenses and by arresting journalists.

All five people convicted in Chiang Mai of illegal entry left Thailand recently for the third country, Aye Chan Naing, DVB’s executive director and chief editor, said in an emailed statement. He said, without elaborating, that he could not mention where they had been sent “as the entire case remains very sensitive.”

He expressed gratitude to “everyone in Thailand and around the world that helped to make their safe passage possible and for campaigning for a positive outcome,” and said the employees would resume their duties in the near future after “recovering from their ordeal.”

At least two other DVB journalists have been sentenced to prison for their reporting. DVB, an independent broadcast and online news agency, was among five local media outlets that were banned in March from broadcasting or publishing after their licenses were canceled. Like other banned media outlets, it continued operating.

According to Myanmar’s Assistance Association for Political Prisoners, about 90 journalists have been arrested since the takeover, with more than half still in detention, and 33 in hiding. Those still being held include two U.S. citizens, Danny Fenster and Nathan Maung, who worked for Myanmar media.

Secretary of State Antony Blinken said the U.S. has had contact with Maung in detention but has not yet had consular access to Fenster. “We are pressing this in every way that we can,” Blinken said in congressional testimony Monday in Washington.

He reiterated the U.S. was working on trying to bring the detained journalists home.

Fenster, the managing editor of the news and business magazine Frontier Myanmar, was detained at the Yangon airport while trying to head to the Detroit area to see his family.

Maung is editor in chief of the Myanmar news website Kamayut Media. New York-based Committee to Protect Journalists, citing accounts in Myanmar media, said he was arrested in March. 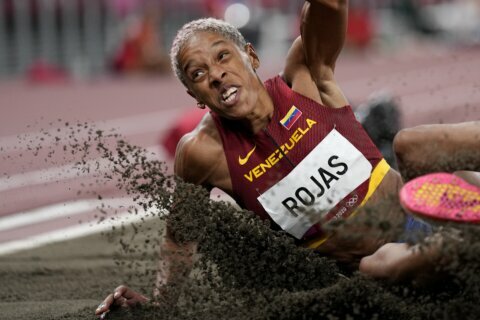