EXPLAINER: How bad is the pandemic in North Korea?

SEOUL, South Korea (AP) — After saying for months that it kept the coronavirus at bay, North Korea on Wednesday came closest to admitting that its anti-virus campaign has been less than perfect.

Kim Jong Un’s mention of a “great crisis” created by a “crucial” failure in national pandemic measures during a ruling party meeting has triggered outside speculation about how bad the situation in North Korea may be.

A look at some of the clues:

Du Hyeogn Cha, an analyst at Seoul’s Asan Institute for Policy Studies, said the North could be dealing with a huge COVID-19 outbreak that has spread beyond border towns and rural areas and is now reaching urban centers, possibly including capital Pyongyang.

While North Korea has told the World Health Organization it has not found a single coronavirus infection after testing more than 30,000 people, experts widely doubt its claim considering its poor health infrastructure. Cha said North Korea has no other way to deal with outbreaks than quarantining people and locking down entire areas until transmissions subside.

Other experts, including Park Won Gon, a professor of North Korea studies at Seoul’s Ewha Womans University, said the large Politburo meeting attended by party officials from across the country would have been planned in advance and may have not taken place if the virus was circulating aggressively.

In case of large outbreaks, the North would deploy extreme measures to seal off affected regions, something outside monitoring groups haven’t detected, said Ahn Kyung-su, the head of the Seoul-based Research Center of DPRK Health and Welfare.

IS IT ABOUT POWER SHAKEUP?

Most analysts agree that Kim’s remarks indicate a development that’s significant enough to warrant a shakeup of Pyongyang’s leadership.

The report also said that the party during the meeting recalled an unidentified member of the Politburo’s powerful Presidium, which consists of Kim and four other top officials. It’s possible that Kim could be replacing Cabinet Premier Kim Tok Hun, his top economic official, who could be held responsible for anti-epidemic failures.

There was also speculation that Kim may have sacked Ri Pyong Chol, one of his top military officials. North Korean TV video of the meeting showed Ri looking downward and not participating in a vote as Kim and other senior officials on stage raised their hands to indicate their consent on a matter that the broadcast didn’t specify.

CALL FOR OUTSIDE HELP?

Even if it was dealing with an alarming rise in infections, it’s highly unlikely that the North would admit it. Still, Kim’s decision to publicly address a major setback in the fight against the pandemic could also be an appeal for outside help.

Cha said the North could request stronger assistance from China, its main ally and economic lifeline, as they approach the 60th anniversary of their friendship treaty next month.

Leif-Eric Easley, professor of international studies at Ewha Womans University, said Kim’s efforts to find the scapegoats for the outbreak could also be in preparation for accepting vaccines from abroad.

COVAX, the U.N.-backed program to distribute vaccines worldwide, said in February that the North could receive 1.9 million doses in the first half of the year. But the plans have been delayed due to global shortages. 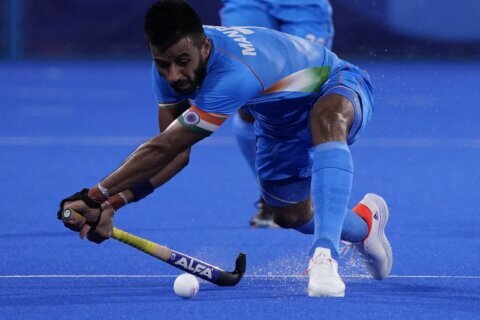 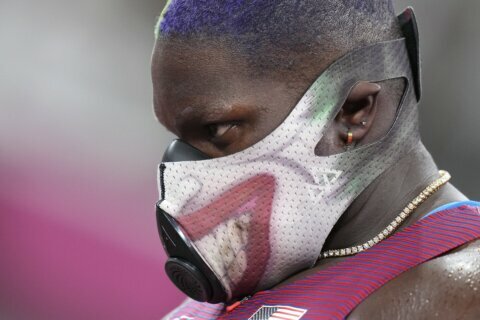 The Latest: Germany to require proof of status to enter