GENEVA (AP) — Canada and 40 other countries on Tuesday urged China to allow “immediate, meaningful and unfettered access” so independent observers can visit its western Xinjiang region, while a Chinese envoy demanded that Canadian authorities “stop violations of human rights” at home.

The mutual finger-pointing, which preceded admissions from Canada’s envoy about shortcomings in her country’s rights record, came in a debate at the Human Rights Council, the U.N.’s top human rights body.

The showdown in the largely virtual council session exposed an ongoing rift between the West and allies of China, which has been increasingly pushing back against the criticism of its human rights record.

“We urge Canada to immediately stop violations of human rights,” he said, adding that U.N. bodies should “keep following the human rights issues in Canada.”

Canada presented a statement from 41 mostly Western countries that echoed widespread concerns among human rights groups about detention centers in Xinjiang, where hundreds of thousands of Muslim Uyghurs and other minorities have been held.

Bachelet’s office has been trying since the start of her tenure in 2018 to arrange a visit to Xinjiang and she said Monday she hoped to carry one out by year’s end.

Norton cited “credible reports” that over 1 million people have been arbitrarily detained in Xinjiang — some facing torture and other “inhuman” treatment — and that Uyghurs and others face disproportionate surveillance and restrictions on their culture.

China has insisted the centers are used for training and to help fight terrorism in Xinjiang.

The statement from Norton also called for an end to “the arbitrary detention of Uyghurs and members of other Muslim minorities,” and also expressed concerns about human rights in Hong Kong and Tibet.

China’s statement about Canada was on behalf of several other countries, including Russia, Belarus, North Korea, Iran and Syria.

“We acknowledge that Canada has historically denied the rights of Indigenous peoples through assimilationist policies and practices,” said Norton. “We know that the world expects Canada to adhere to international human rights standards. We, too, expect no less of ourselves.” 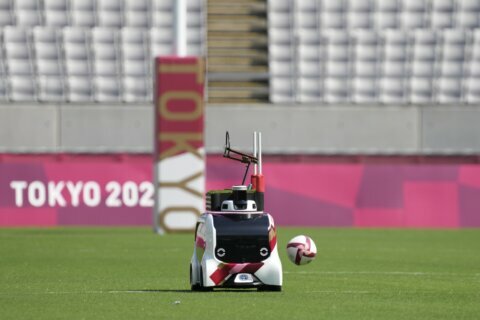 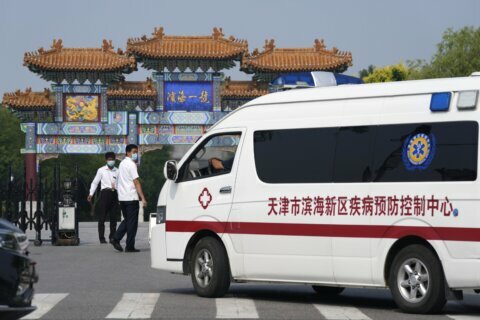 China blames US for ‘stalemate’ in relations, as talks begin

The Latest: Virus on rise in eastern Chinese city of Nanjing