Bomb rips through minivan in Afghan capital, at least 4 dead

KABUL, Afghanistan (AP) — A bomb ripped through a minivan in a mostly Shiite neighborhood of the Afghan capital on Thursday, killing at least four people, a police spokesman said.

No one immediately claimed responsibility for the attack. The police spokesman, Ferdaws Faramarz, said the attack happened in western Kabul. The area is largely populated by the minority Hazara ethnic group who are mostly Shiite Muslims.

The Islamic State group has carried out similar bombings in the area, including an attack on two minivans on Tuesday that killed at least 10 people.

Shiites are a minority in mostly Sunni Afghanistan, and the local Islamic State affiliate has declared war against them. In a statement late on Wednesday, IS said they had also bombed an electrical grid station on Tuesday, leaving much of Kabul in darkness.

Violence and chaos continues to escalate in Afghanistan as the U.S. and NATO continue their final withdrawal of the remaining 2,500-3,500 American soldiers and 7,000 allied forces. The last of the troops will be gone by Sept. 11 at the latest. 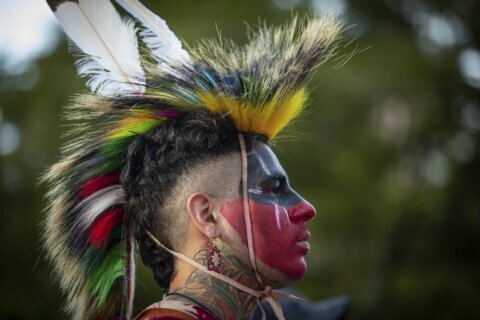