ISLAMABAD (AP) — A prominent Pakistani journalist who was banned and taken off air by his TV station after he…
Listen now to WTOP News WTOP.com | Alexa | Google Home | WTOP App | 103.5 FM

ISLAMABAD (AP) — A prominent Pakistani journalist who was banned and taken off air by his TV station after he criticized the country’s military last month at a protest against growing attacks on journalists has offered an apology, saying he had no intention to defame the army.

Hamid Mir took to Twitter on Wednesday, saying he apologized over his remarks before a journalists’ local union that defended him since Geo News TV removed him in May as the host of his talk show “Capital Talk”.

He said he tendered no such apology to his employer as he did not use Geo News TV’s platform when he made a fiery speech at a rally in May to express solidarity with journalist Asad Ali Toor and others who were attacked or harassed.

Pakistani authorities insist they support freedom of speech and Mir’s removal as the host was TV’s internal affairs. 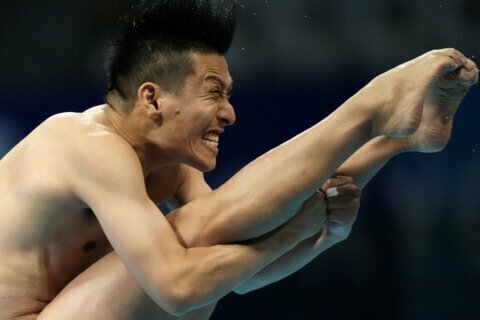