TOKYO (AP) — Two Americans charged with helping former Nissan chairman Carlos Ghosn flee Japan while he was facing accusations of financial misconduct agreed Monday that they took part in a scheme for him to escape the country.

Statements by Michael Taylor and his son, Peter, on the opening day of their trial in Tokyo suggest the pair don’t plan to fight charges of assisting a criminal. That carries a possible penalty of up to three years in prison.

Keiji Isaji, one of the attorneys for the Taylors, told The Associated Press after the court session that he wants the trial to “proceed efficiently.” He said ending the trial quickly is “in the best interests of his clients.” He declined to confirm his team was hoping for a suspended sentence if they are convicted, meaning no time would be served. He stressed the decision was up to the judge.

The Taylors appeared calm as they were led into the courtroom in handcuffs, with ropes tied around their waists.

They said little except to answer the judge’s questions, such as “Yes, your honor,” and “I hear you well,” when asked about simultaneous interpreting relayed through headphones.

Prosecutors read out a statement accusing Michael Taylor, a former Green Beret, and Peter Taylor of arranging to hide Ghosn in a box for musical equipment. It was loaded onto a private jet that flew him from the western city of Osaka to Lebanon via Turkey in December 2019.

Ryozo Kitajima, one of the prosecutors, said Peter Taylor met with Ghosn at a hotel several times in 2019 and introduced Ghosn to his father. He said Peter Taylor also received $562,500 in two transfers to pay for chartering the jet and other expenses. Peter Taylor arranged for Ghosn to change his clothing at a Tokyo hotel. His father and another man, George-Antoine Zayek later accompanied Ghosn to the Osaka airport, Kitajima said.

Zayek has not been arrested.

The prosecutors said bitcoins worth $500,000 were transferred from Ghosn’s son Anthony’s account to Peter Taylor in 2020, purportedly to cover the Taylors’ defense costs.

After a brief discussion with Chief Judge Hideo Nirei and their defense lawyers, the Taylors agreed there were no mistakes in the statement.

Prosecutors said that during their detention the Taylors had expressed remorse and that the pair had been misled to believe helping someone jump bail was not illegal in Japan. They said Ghosn’s wife Carole told them Ghosn was being tortured. The prosecutors quoted the Taylors as saying they were not tortured and were treated in a way that was “fair and professional.”

The trial’s next session is set for June 29, when prosecutors will continue their questioning.

The Taylors were arrested in Massachusetts last year and extradited to Japan in March. Ghosn has French, Lebanese and Brazilian citizenship and Lebanon has no extradition treaty with Japan. The authorities say Ghosn paid the Taylors at least $1.3 million.

Ghosn led Nissan Motor Co. for two decades before his arrest in 2018. He was charged with falsifying securities reports in under-reporting his compensation and of breach of trust in using Nissan money for personal gain. He says he is innocent and says he fled Japan because he did not expect to get a fair trial. More than 99% of criminal cases in Japan result in convictions.

Peter Taylor told a Massachusetts court in January that he met Ghosn in 2019 in Japan to pitch his digital marketing company to help repair Ghosn’s tarnished reputation. He said Ghosn asked him to bring him gifts, food and DVDs from his wife, and to deliver gifts, including to relatives in Lebanon.

Peter Taylor said he left Japan for Shanghai on Dec. 29, 2019, and was not in Japan when Ghosn is accused of fleeing. He denied he was in touch with his father at that time, court documents say.

No Japanese executives have been charged in the scandal at Nissan, Yokohama-based manufacturer of the Leaf electric car, March subcompact and Infiniti luxury models.

Extraditions between Japan and the U.S. are relatively rare, even for serious crimes. The possible penalty of three years in prison is the minimum required for an extradition.

Kelly’s trial has focused on whether reporting of deferred compensation for Ghosn may have violated the law. Several other senior executives at Nissan, including some non-Japanese, were aware of the arrangements.

Kelly says he is innocent and was only looking for lawful ways to pay Ghosn more to prevent him from leaving for a rival automaker.

Before his arrest, Ghosn was an auto industry star, having orchestrated Nissan’s rebound from the brink of bankruptcy after he was sent to Japan by its French alliance partner Renault in 1999.

Ghosn’s pay was halved, by about 1 billion yen ($10 million), in 2010 when Japan began requiring disclosure of high executive pay.

The concern was that his relatively high compensation might be viewed unfavorably since Japanese top executives tend to draw lower pay packages than their peers in other countries. 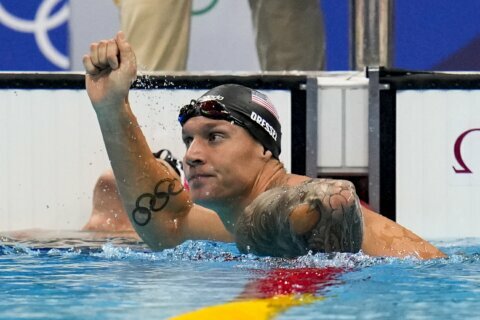 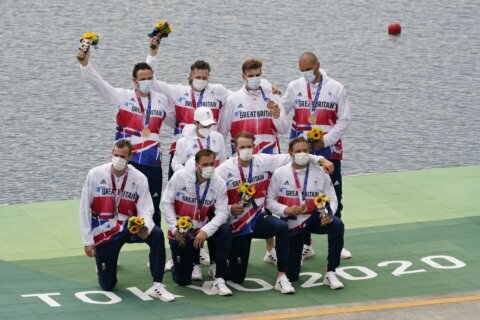