Afghans who worked as interpreters for US troops hold rally

KABUL, Afghanistan (AP) — A small group of Afghans who worked as interpreters for the U.S. military rallied on Friday near the American Embassy in Kabul, protesting the red tape that stands in the way of their leaving Afghanistan.

The protest comes amid a push to get Afghan interpreters and others who helped the U.S. out of the country as American and NATO troops complete their pullout. The protesters in Kabul said they are victims of a bureaucratic nightmare as they try to escape abroad.

Many — even those who have not been directly threatened — say they fear for their lives, despite assurances from the Taliban they would not be targeted.

The former interpreters said the situation is increasingly urgent. Many had their special immigration visas approved, only to see them later denied, allegedly because of minor discrepancies in their statements from one interview to another. Others had been denied outright or were approved but were still waiting for the visas.

One of the men, Omid Mahmoodi, said he was not moved by President Joe Biden’s promise on Thursday that Afghans who had helped the U.S. military during the last nearly 20 years would not be left behind.

Lately, it’s become evident that the deadline for the last of the 2,500-3,5000 U.S. troops and 7,000 allied NATO soldiers to leave Afghanistan has been accelerated. Biden had said the last of the troops would be home no later than Sept. 11 but it has become increasingly clear that th e last soldiers would be gone from Afghanistan as early as next month.

Hezat Shah, who said he worked as an interpreter in southern Helmand province, a Taliban stronghold, said he risked his life each time he stepped into an armored vehicle with the Americans.

He said he does not trust a Taliban statement from last month that they would not seek revenge against those who worked with the Americans or helped Western interests.

“They are not to be trusted … they are lying,” said Shah.

Biden faces strong criticism from some Republicans for pulling out of Afghanistan, even though President Donald Trump made the 2020 deal with the Taliban to withdraw all U.S. forces by May 2021.

The Taliban are today stronger than they have ever been since the 2001 invasion to topple their regime for harboring Osama bin Laden, the al-Qaida chief, and have control over roughly half of Afghanistan, mostly rural areas. There is deep insecurity and fear of violence from the Taliban and the many heavily armed U.S.-allied warlords once the U.S. withdraws. Increasing lawlessness and a recent move to resurrect militias to fight a Taliban surge has further fired fears of a violent future for Afghanistan

Later on Friday, Afghan President Ashraf Ghani and Abdullah Abdullah, chair of the High Council for National Reconciliation, are meeting with Biden at the White House.

As past experience not just from Afghanistan but also Iraq has shown, the vetting process to qualify for a special immigration visa could sometimes takes years, with multiple interviews — and the smallest contradiction from one interview to the next would be enough to disqualify an applicant.

Steve Miska, author of Baghdad Underground Railroad, which tells of the challenges faced by interpreters and their struggles to find a new life in America, said the “bureaucracy is a mess.”

“I don’t think the process was intentionally designed to be self-defeating. However, 9/11 created a hypervigilant U.S. response to terrorism,” Miska said in an email to The Associated Press. “The good intentions of the disparate intelligence community has created an extremely challenging process.”

Mohammad Shoaib Walizada, who applied for his visa in 2012, was at first accepted but then rejected, said that in one interview he mentioned having three cousins, and later erroneously changed the figure. Mahmoodi, the other interpreter, said he mentioned an uncle and claimed he forgot to mention the uncle’s death in a subsequent interview, and was disqualified.

“Then they say you are lying, but I just didn’t remember,” said Mahmoodi. 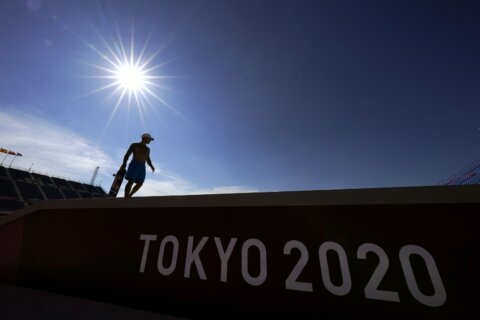 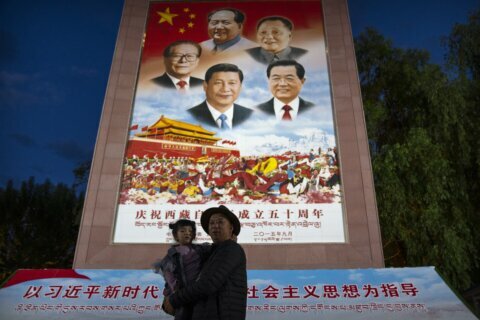