Bengaluru FC owner Parth Jindal has apologized for an “inexcusable” breach of COVID-19 protocols by two of his players and a coach that led to the Indian club being told to leave the Maldives before a scheduled AFC Cup playoff game against a local team.

The players and a member of the coaching staff were reported by local media to have left their hotel in the capital Male on Saturday, sparking criticism from the Maldives sports minister.

Jindal told the Associated Press on Monday that against a backdrop of a surging COVID-19 cases in India and rising local opposition to the game going ahead, he understood the reaction on the island.

“The optics and timing of the breach has led to the reaction and what the players did was inexcusable,” Jindal said. “They were well aware of the protocols and they knew they couldn’t step out, however briefly”

Jindal added that all Bengaluru players and staff tested negative for coronavirus before traveling to the Maldives and also on arrival in Male on Friday.

“We have apologized,” Jindal said. “It is really unfortunate as we have been training and spending time for this game and I am sure we will be sanctioned.”

Maldives Sports Minister Ahmed Mahloof announced Sunday that the game between Bengaulura and the local club, Eagles, could not go ahead as scheduled on Tuesday and the national football federation had been asked to “make arrangements for Bengaluru’s departure.”

“Unacceptable behavior from Bengaluru breaching the strict guidelines…” Mahloof wrote in a Twitter post. “The club should leave Maldives immediately as we can’t entertain this act.”

Mahloof said the government had “honored the commitment we gave a few months back” to host the matches “even with the surge in cases & pressure from the public.”

The Asian Football Confederation confirmed that the playoff game and all subsequent Group D matches scheduled for the Maldives from May 14-21 had been postponed and would be played in an alternative venue at a time to be announced.

The winner of the Bengaluru vs. Eagles would have entered Group D along with local club Maziya, India’s Mohun Bagan and Bashundara Kings of Bangladesh.

“Participating clubs who have travelled to Maldives will be required to arrange for their return home while adhering to the COVID-19 health and travel protocols put in place by the country,” the AFC said in a statement. “The AFC is (also) in contact with all other participating clubs and officials who have not entered the Maldives to cancel their travel arrangements.”

On Sunday, India reported 403,738 confirmed cases of COVID-19, including 4,092 deaths. Overall, India has over 22 million confirmed infections and 240,000 deaths. Experts say both figures are significant undercounts.

The Maldives is a group of islands southwest of India and has a population of around 400,000. It has reported more than 35,000 infections and 84 deaths from the coronavirus, according to data from Johns Hopkins University.

The postponement comes as a relief for the Kolkata-based Mohun Bagan, which had been preparing to travel to the Maldives for the group stage. Two Mohun Bagan players have tested positive for COVID-19.

The AFC Cup, the second tier of the continental club competitions, has been beset by problems during the pandemic. Clubs from Myanmar, Bangladesh and Oman have withdrawn in recent weeks. 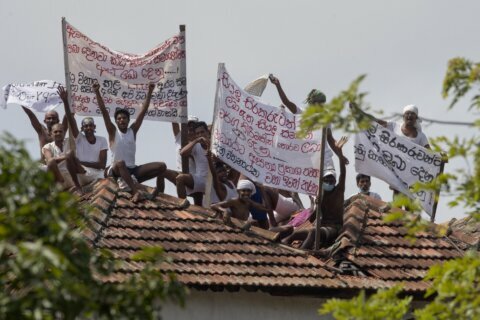