EXPLAINER: Why ‘world’s pharmacy’ India is short on shots

NEW DELHI (AP) — Last year, Indian Prime Minister Narendra Modi told the United Nations his country would make enough COVID-19 vaccines “to help all humanity.” Now India is struggling to meet its own domestic needs for the shots amid a startling surge of infections.

As the world’s largest maker of vaccines, India always was expected to play a pivotal role in global efforts to immunize against COVID-19. But a mixture of overconfidence, poor planning and bad luck has prevented that from happening.

Here’s a look at what went wrong:

Officials in India seemed to have been caught off guard by several things, including the speed at which vaccines were approved for use around the world. India like many other countries had been working under the assumption that vaccines wouldn’t be ready for use until mid-2021.

Instead, they started being greenlit in some countries in December — upping the pressure to not only produce but deliver promised shots as soon as possible. India, which approved two vaccines in January, turned out to not be ready for the eventual demand either at home or abroad.

The government’s plan had been to vaccinate 300 million of the India’s nearly 1.4 billion people by August. But it hadn’t actually reserved even close to enough shots to do so. It had just assumed — partly based on projections from the country’s vaccine makers — that there would be enough doses to both vaccinate people at home and fulfill promised orders abroad.

There also was little domestic urgency because India’s infections had been declining consistently for months. In fact, in January, just days after India kicked off its domestic vaccination campaign and also started exporting shots, Modi declared victory over the pandemic at a virtual gathering of the World Economic Forum.

Modi’s government seemed to bask in the early success of its so-called “vaccine diplomacy” and the Foreign Ministry reiterated time and again that exports were calibrated according to the needs of the domestic immunization program.

Experts say that turned out to be a dangerous miscalculation as an explosion of domestic cases was just around the corner.

Dr. Vineeta Bal, who studies immune systems at the Indian Institute of Science Education and Research in Pune city, said the government should’ve been planning for the future instead of celebrating its “victory” over the virus.

“I’ve no idea why people didn’t think about it,” she said. “Did no one do the calculation … of how many doses will be needed in India?”

India allowed the companies to start producing their shots last year as they waited for formal approval from regulators. Both the government and the companies thought that by the time the shots were approved they would have larger stockpiles of the vaccines than they did.

Scaling up manufacturing has turned out to be a problem for both companies.

Serum Institute’s chief executive, Adar Poonawalla, told The Associated Press in December that the target was to make up to 100 million shots monthly by January and to split them equally between India and the world. But the federal government told states last month that the company was producing just 60 million shots a month.

The company has said that a fire in its facilities in January and a U.S. embargo on exporting raw materials needed to make the jabs has hobbled production. Poonawalla told AP that pivoting away from suppliers in the U.S. could result in a delay of up to six months.

The government said last month that it was giving the company millions of dollars in grants to try to help it ramp up production.

Neither company nor India’s Health Ministry responded to requests for comment.

With India recording hundreds of thousands of new infections each day, the government on May 1 opened up vaccination to all adults. That caused a surge in demand that has laid bare the extent of the shortage.

India has so far received just 196 million shots, including 10 million as a part of COVAX, a worldwide initiative aimed at providing equitable access to vaccines. Just 41 million people have been fully vaccinated, while 104 million more have received the first shot.

To help with the shortage, India has greenlit the Russian vaccine Sputnik V, and 200,000 doses of it arrived last week.

There also are plans for five Indian companies to make the Russian vaccine locally and for Serum Institute to make a version of the Novavax vaccine and vaccines from five other Indian companies whose shots are still being tested.

But experts warn that such estimates are once again too optimistic.

“These are optimistic estimates … there are many ifs and buts that one needs to consider,” said Bal.

Stocks down, yields up as Fed discusses dialing back support 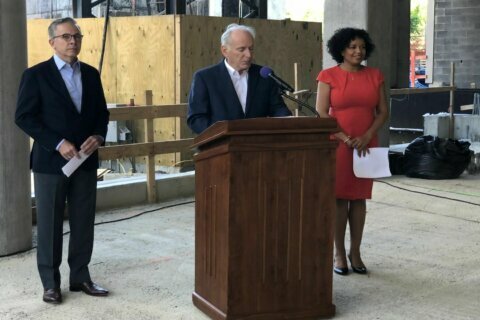