Crew evacuated after explosion on container ship off Colombo

COLOMBO, Sri Lanka (AP) — An explosion occurred Tuesday on a ship anchored near Sri Lanka’s capital on which a fire had been burning for several days, prompting the crew’s evacuation, officials said.

The container vessel MV X-Press Pearl was anchored about 9.5 nautical miles (18 kilometers) northwest of Colombo and waiting to enter its port when the fire erupted four days ago, the Sri Lankan navy said.

It said it believes the fire was caused by chemicals being transported on the Singapore-flagged ship. The ship was carrying 1,486 containers, including 25 tons of nitric acid and other chemicals which it loaded at the port of Hazira, India, on May 15, it said.

Five tugboats were engaged in firefighting efforts and a navy ship was anchored nearby to help them, Silva said.

X-Press Feeders, which owns and operates the ship, confirmed the crew was safe and said it would work closely with Sri Lankan authorities and emergency services to extinguish the blaze and save the vessel and its cargo.

“Specialized firefighting equipment which arrived from Europe last night will join the salvaging operations,” it said in a statement on its website. 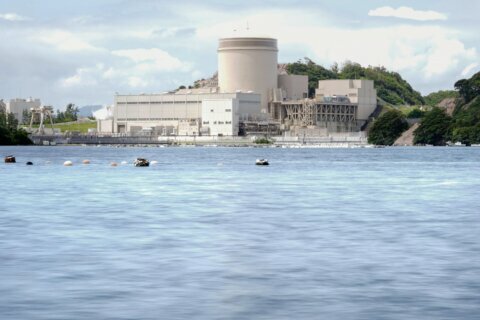 World shares mostly higher ahead of US price data