BANGKOK (AP) — An American journalist working for a news magazine in Myanmar was detained Monday by the authorities there, his employers said.

Frontier Myanmar, which publishes in both English and Burmese and also online, said on Twitter that Danny Fenster, its managing editor, was detained at Yangon International Airport as he was preparing to board a flight to Kuala Lumpur, Malaysia.

It said the magazine did not know why Fenster was detained and had not been able to contact him, but it understood that he had been taken to Insein Prison in Yangon, which over decades has housed thousands of political prisoners.

The junta that took power in February after the army ousted the elected government of Aung San Suu Kyi has arrested about 80 journalists, roughly half of whom remain detained awaiting charges or trial. Fenster is the fourth foreign journalist to be detained, after Kamayut Media editor-in-chief and fellow U.S. citizen Nathan Maung, who is detained at Insein Prison, and freelancers Robert Bociaga of Poland and Yuki Kitazumi of Japan, who were expelled.

According to Myanmar’s Assistance Association for Political Prisoners, which keeps a detailed tally of arrests and deaths since the military takeover, almost 4,300 people are in detention, including 95 who have already been sentenced.

Fenster is a 37-year-old native of the Detroit area who joined Frontier Myanmar in August 2020. Deadline Detroit, a news website to which he was an occasional contributor, said he had been en route to see his family back home when he was detained.

It said he has a master’s degree in creative writing from Detroit’s Wayne State University, and had worked for a newspaper in Louisiana before moving to Southeast Asia.

“He has a fascination and passion for writing about folks who struggle and fight for social justice,” brother Bryan Fenster in the Detroit area told The Associated Press. “He was very interested in what was happening with Rohingya people there. It’s a delicate, complex situation. … We hope he’s safe. Such a shame.”

Rohingya Muslims fled Buddhist-majority Myanmar for Bangladesh in 2017 during a major crackdown by the military.

Frontier Myanmar is one of two established English-language media outlets in Myanmar still allowed to publish, along with The Irrawaddy. Two others, Myanmar Now and Mizzima, were banned but continue to operate underground.

“We don’t have much to add beyond what we said in the statement,” Thomas Kean, editor-in-chief of Frontier Myanmar, told the AP.

The U.S. Embassy in Myanmar was unable to provide details about any such incident because of privacy considerations, said its spokeswoman, Aryani Manning.

This story has been updated to correct the name of the Detroit news site where Fenster was an occasional contributor, and to show that he’s the fourth foreign to be journalist detained since February, not the third. 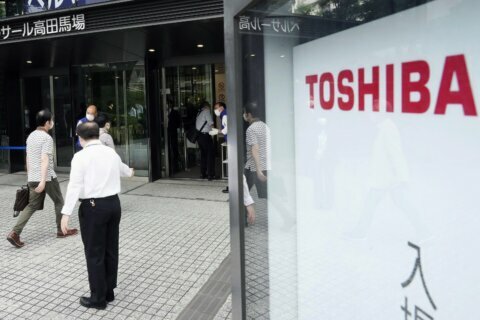 Japan’s Toshiba wins approval for board, despite controversy 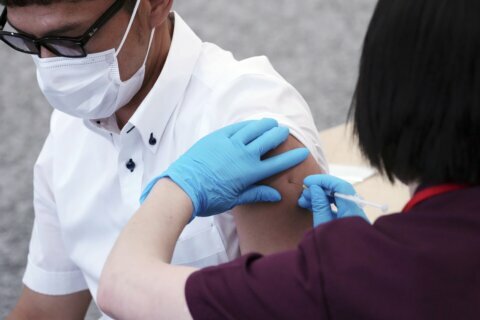