Column: Catlin’s hot streak around the world gets him to PGA

The bus to the Asian Development Tour event in Indonesia was three minutes from leaving and John Catlin was staring at his phone as he decided whether to hit “purchase” on the plane ticket home to California.

Catlin had just finished one stroke better than last place. It was only the third cut he had made in 11 events as he tried to split time between the Asian Tour and the Mackenzie Tour in Canada. This was 2016, and Catlin didn’t keep his card on either tour.

He was ready to pack it in. The little voice in his head telling him not to quit won the battle.

He boarded the bus. He won the tournament.

Very little has gone according to plan for Catlin since the 30-year-old graduated from New Mexico in 2013 and embarked on a pro career with no expectations except that “you never know where it’s going to take you.”

He didn’t imagine going from Canada to Malaysia. From Jakarta to Bangladesh. From Singapore to Pakistan.

The next big stop is Kiawah Island, South Carolina, for his first major championship.

Catlin, who has won every year since that breakthrough victory in Indonesia, picked up his third European Tour title in the last eight months by winning on the fifth playoff hole at the Austria Golf Open. That moved him to No. 79 in the world and earned him an invitation to the PGA Championship.

“It’s very exciting. It’s the only level of golf I haven’t been to yet,” Catlin said Tuesday from the Tenerife Open, played in part of the Canary Islands off the northwest coast of Africa — another eye-opening destination of sunshine and coastline for a guy from Sacramento.

Catlin won four times in 2018, three on the Asian Tour and one in Thailand. His recent run of success began last year along the southern coast of Spain where he got his name in the same sentence as Tiger Woods, his inspiration to want to play golf professionally.

They are the only Americans to win at Valderrama.

Woods won a World Golf Championship there at the end of 1999. Catlin won the Andalucia Masters in a final round so difficult from the brittle turf and relentless wind that he didn’t make a birdie and still held off two-time major champion Martin Kaymer.

Three weeks later, he closed with a 64 to win the Irish Open. And then he added Austria to his collection of worldwide victories that now stands at 10.

One big fork in the road came at home in California in 2014 when he ran into Noah Montgomery, as much a swing coach as a mental coach. If Catlin has taken an unconventional route, consider his coach.

Montgomery spent 15 years as a police officer in Oakland, California, mostly in narcotics, when he retired and decided to take up golf. After spending more money than he cares to remember on private lessons, he figured it out for himself by taking chunks of material out of books ranging from Ben Hogan to John Jacobs to Homer Kelley’s “The Golfing Machine.”

He combines his self-taught knowledge of the swing with his experience on the mean streets of Oakland, with plenty of hard truths in between.

“He is very good at how to deal with pressure,” Catlin said. “That’s the best thing he’s helped me out with, certain mental things. He’s very good at reading and digesting and relaying it back to his students. He can take it and make it simple.”

One practical side of Montgomery is that if players can’t do well enough to pay the bills and make minimum wage, are they really a professional? That was the tough question to Catlin, who was barely scraping by in Canada. After doing some research, Montgomery pointed him toward Asia.

It was a chance to improve, to contend, and to make money.

“Anyone on any tour can win on any given Sunday. That comes from confidence,” Montgomery said. “And the only place to get confidence is winning, or being really close. That was a tough decision, but I think it was the right one.”

Even when Catlin struggled early — to the verge of not getting on the bus — Montgomery wasn’t worried.

“John is tenacious,” he said. “He wants to win. Even when I didn’t think his swing was that good, he wants to get after it. He practices nonstop.”

Catlin didn’t know much about Asia and part of him was skeptical. He also trusted Montgomery.

“He kindly told me I should look at it, and I’m glad I did,” Catlin said.

The goal has always been the PGA Tour. It’s like that for most every golfer, even more so for Americans. Catlin wouldn’t trade his experiences. He’s kept a second home in Thailand for the better part of three years, though he hasn’t been back since the pandemic because of quarantine requirements coming and going.

For now, he has the Tenerife Open and another chance to move toward that magic number of top 50 in the world. Then it’s home for a week to work with Montgomery, with hopes he can get a sponsor exemption to the AT&T Byron Nelson a week before the PGA Championship.

After that? All he has to do is remember what he thought when he turned pro out of college.

You never know where it’s going to take you. 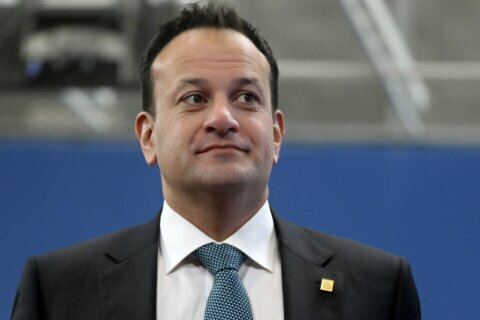 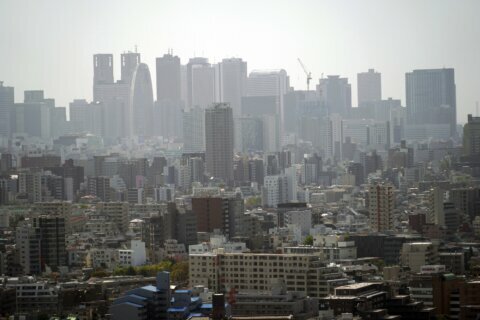