TOKYO (AP) — Organizers plan to exercise extreme caution when the Olympic torch relay starts next week, knowing any stumble could imperil the opening of the Tokyo Games in just over four months.

The organizers spoke in detail on Tuesday about their plans for the relay, which is scheduled to begin on March 25 from northeastern Fukushima prefecture. The relay will crisscross Japan for the next four months with 10,000 runners carrying the torch.

It’s also a symbolic curtain raiser for the postponed Olympics, and there is no room for error. If the relay stumbles — if there is an outbreak of COVID-19 — it could pull down the Olympics with it and the planned opening on July 23 at Tokyo’s new national stadium.

”The objective of the Olympic torch relay is to enhance the enthusiasm,” said Toshiro Muto, the CEO of the organizing committee who has also been put in charge of the relay. “We need to balance things out between bringing enthusiasm and preventing COVID-19 infection.”

The relay links all 47 Japanese prefectures and presents a real risk of spreading the virus, particularly with much of the organizational staff coming from Tokyo, where the COVID-19 outbreak has been most severe in Japan.

There was talk shortly after the postponement of eliminating the torch relay, which has its roots in the 1936 Berlin Olympics. But that was quickly dismissed since the relay nowadays is heavily sponsored by Coca-Cola and Toyota.

Japan has attributed about 8,600 deaths to the coronavirus, far fewer than most countries its size. But there is strong opposition to the Olympics, and much of it is due to the fear of large crowds spreading the virus.

Organizers are expected to announce in the next week if fans from abroad will be able to attend the Olympics. Unsourced reports for several weeks say those fans will be banned. However, there is strong pressure to let VIPs attend — people who obtained tickets from international federations, national Olympic committees, and sponsors.

The Olympics will feature 11,000 athletes with 4,400 more coming for the Paralympics, which open on Aug. 24. They will operate largely in a bubble, be tested regularly, and some will come with vaccinations.

Fans along the roadsides watching the relay will be asked to social distance, wear masks, and cheer quietly. They will be banned altogether from the “Grand Start” ceremony at J-Village, not far from the site 10 years ago of the earthquake, tsunami and meltdown of three nuclear reactors.

At least 18,000 people died in the tragedy, and the area has not fully recovered.

Organizers warn they will stop or reroute the torch — or remove runners — if they they need to.

“This is going to be a long relay, and as we may find the necessity to change the rules of operation around the pandemic, or as the local conditions change,” said Hidemasa Nakamura, games delivery officer for the organizing committee. “Masks and quiet cheering is the standard.” 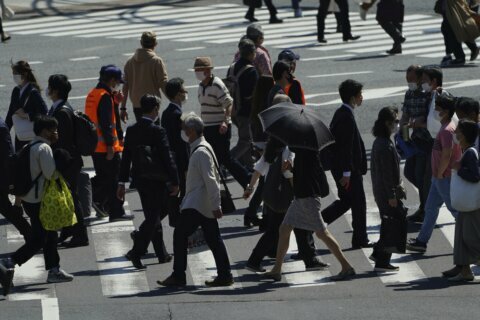 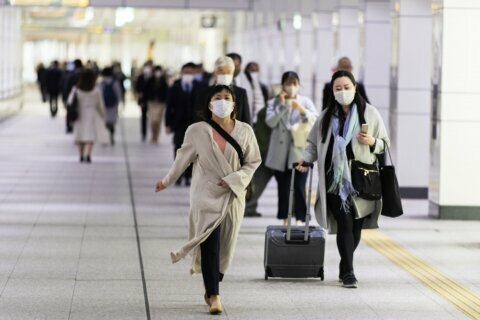