Seoul agrees to pay more for hosting American troops in 2021

WASHINGTON (AP) — Striking a delicate balance, the United States and South Korea have agreed Seoul will pay 13.9% more this year for hosting American troops as part of a multiyear deal crafted to keep Seoul’s share of the overall cost within historical norms, officials said Wednesday.

The deal, which had been announced earlier this week but without financial details, ends a long stalemate that had strained relations between allies after the Trump administration demanded a five-fold increase in Seoul’s contributions.

President Joe Biden’s willingness to quickly accept smaller increases is cast by the State Department as evidence that the Biden administration wants to repair relations with key allies in East Asia as it focuses on regional unity in confronting China and North Korea.

The State Department announced Wednesday that Secretary of State Antony Blinken will travel to Tokyo and Seoul next week for security consultations to “reaffirm the United States’ commitment to strengthening our alliances.” Blinken will be joined in both meetings by Defense Secretary Lloyd Austin, who also will visit India. On his way home, Blinken will stop in Anchorage, Alaska, to join Biden’s national security adviser, Jake Sullivan, for talks with senior Chinese officials, the State Department said.

American and South Korean officials, in separate briefings for reporters in Washington and Seoul, said the 13.9% increase will apply to the South Korean government’s payments this year. In each of the following four years, the increase will match increases in Seoul’s national defense budget.

The previous agreement had expired at the end of 2019; the new deal covers 2020 retroactively by keeping South Korea’s payment the same as 2019 at about 1.04 trillion Korean won, or the equivalent of about $910 million at current exchange rates. For this year, Seoul agreed to pay 1.18 trillion won, or about $1 billion. That is a 13.9% increase, which a State Department official said is the largest since 2004.

Overall, South Korea will be paying about 44% of the overall cost of having American troops based on the peninsula, not counting U.S. military and civilian salaries. The State Department said that is similar to Seoul’s share over many years. The U.S. has about 28,500 troops in South Korea. 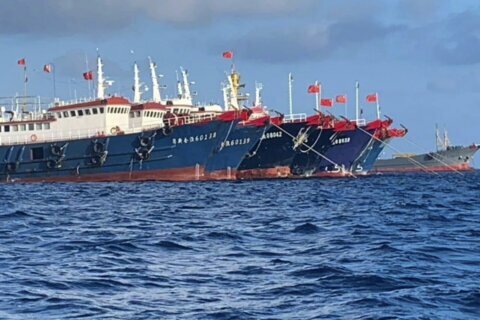