CANBERRA, Australia (AP) — The Vatican’s edict that same-sex unions cannot be blessed because they are sinful was met Tuesday with criticism by rights activists and gay Catholics in parts of the Asia-Pacific region as inconsistent and out of step with contemporary community standards.

“I join many gay Catholics who are disheartened by this announcement and I hope their church leaders continue to advocate for these blessings,” the lawmaker said. “The Catholic Church could role-model an ability to evolve with their membership.”

Rodney Croome, a leading advocate for marriage equality when same-sex marriage became legal in Australia, accused the Vatican of being out of step.

Gay marriage was endorsed by 62% of voters who responded to an Australian postal ballot in 2017.

“The Vatican is out of step, not only with public opinion in Australia, but with the majority of Catholics who voted ‘Yes’ for marriage equality in 2017,” said Croome, a spokesperson for just.equal, an advocacy group campaigning for justice and equality.

“If I could address the pope directly, I’d say that sin lies not with same-sex relationships, but with those who invoke God to push LGBTIQ people to the margins of society,” added Croome, who is gay.

Benjamin Oh, co-chair of the advisory board of Australian Catholics for Equality, described the Vatican statement as “personally painful.” Oh said his 16-year same-sex relationship was “worthy of sacramental marriage.”

“The church have (blessed) all kinds of things: animals, cars and even weapons used for the killing of another human being,” Oh said in an email. “For many Catholic Christians, this statement flies in the face of Jesus’ teaching to love.”

As a Catholic, Oh said the statement was “personally hurtful and dehumanizing, but sadly, totally unsurprising.”

“There is still a toxic culture towards LGBTI people in our church and societies and this statement will no doubt be weaponized by those who want to inflict more pain, discrimination and suffering on LGBTI folks both in our church and in civil society, especially in places and communities that discriminate, marginalize, harm, abuse and even kill LGBTI persons,” Oh said.

“I keep on telling LGBTQIs to just have their civil unions done,” Remoto said. “We do not need any stress anymore from this church.”

Remoto said it’s better to bring the struggle for gay rights in the country before local governments, which have passed more than 20 anti-discrimination ordinances through the years. 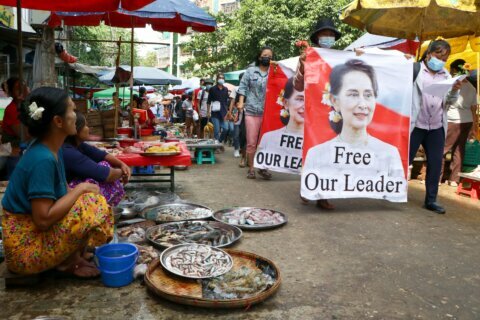