BANGOR, Maine (AP) — A former scientist at The Jackson Laboratory in Farmington, Connecticut, is being investigated by the FBI for failing to disclose financial affiliations with Chinese research institutions when requesting grant funding from the U.S. government.

According to an FBI affidavit filed in federal court in Bangor, Yijun Ruan was listed as the primary investigator on 17 Jackson Lab research projects that received over $15 million in funding from the National Institutes of Health from 2014 through 2020.

The affidavit, which was filed December 30 and was unsealed Tuesday, does not say if the FBI believes that NIH funding was illegally diverted to other organizations.

Bangor Daily News reports that Ruan failed to disclose that he held positions at Huazhong Agricultural University and Shenzhen People’s Hospital in China, which could be a violation of federal wire fraud laws, according to the FBI.

The FBI has asked for court approval to electronically search Ruan’s email for more information about his contractional ties to Chinese research organizations.

There have been no charges filed in this investigation.

Spokespeople with the FBI’s regional office in Boston and with the U.S attorney’s office in Portland declined the opportunity to comment Tuesday. 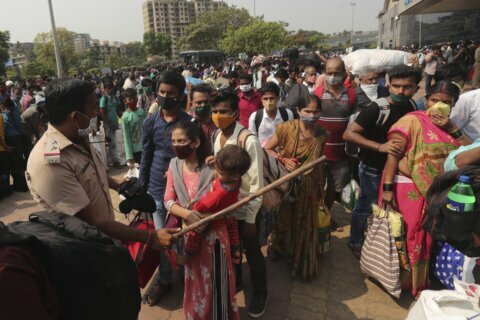