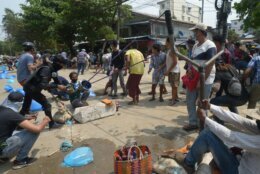 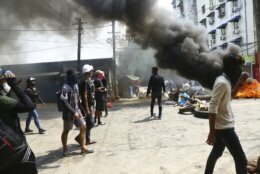 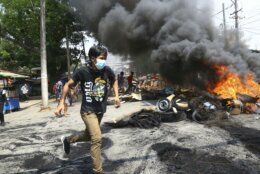 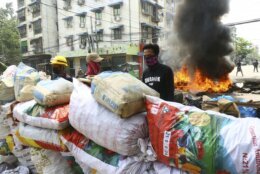 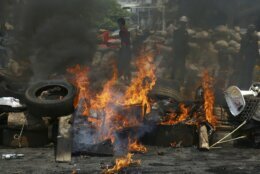 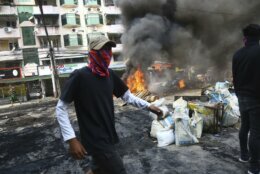 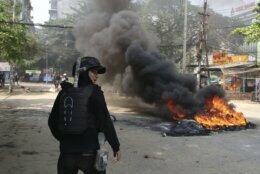 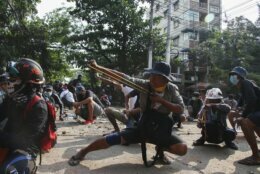 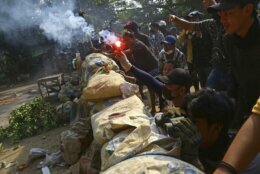 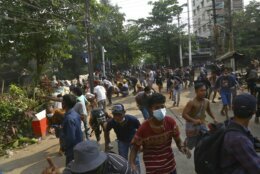 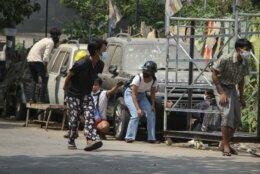 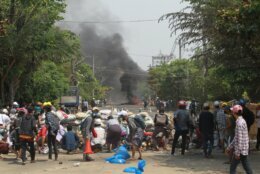 YANGON, Myanmar (AP) — Myanmar security forces opened fire Sunday on a crowd attending the funeral of student who was killed on the bloodiest day yet of a crackdown on protests against last month’s coup, local media reported.

The escalating violence — which took the lives of at least 114 people Saturday, including several children — has prompted a U.N. human rights expert to accuse the junta of committing “mass murder” and to criticize the international community for not doing enough to stop it.

The Security Council is likely to hold closed consultations on the escalating situation in Myanmar, U.N. diplomats said Sunday, speaking on condition of anonymity ahead of an official announcement. The council has condemned the violence and called for a restoration of democracy, but has not yet considered possible sanctions against the military, which would require support or an abstention by Myanmar’s neighbor and friend China.

The mounting death tolls have not stopped the demonstrations against the Feb. 1 takeover — or the violent response of the military and police to them. Myanmar Now reported that the junta’s troops shot at mourners at the funeral in the city of Bago for Thae Maung Maung, a 20-year-old killed on Saturday. He was reportedly a member of the All Burma Federation of Student Union, which has a long history of supporting pro-democracy movements in the country.

According to the report, several people attending the funeral were arrested. It did not say if anyone was hurt or killed. But at least nine people were killed elsewhere Sunday as the crackdown continued, according to the Assistance Association for Political Prisoners, which has been documenting deaths during demonstrations against the coup.

Some of the funerals held Sunday became themselves opportunities to demonstrate resistance to the junta.

At one in Bhamo in the northern state of Kachin, a large crowd chanted democracy slogans and raised the three-finger salute that has come to symbolize defiance of the takeover. Family and friends were paying their respects to Shwe Myint, a 36-year-old who was shot dead by security forces on Saturday.

The military had initially seized her body and refused to return it until her family signed a statement that her death was not caused by them, according to the Democratic Voice of Burma, a broadcast and online news service.

In Yangon, the country’s largest city, meanwhile, mourners flashed the three-finger salute as they wheeled the coffin of a 13-year-old boy. Sai Wai Yan was shot dead by security forces as he played outside his home.

The Feb. 1 coup that ousted Aung San Suu Kyi’s elected government reversed years of progress toward democracy after five decades of military rule. It has again made Myanmar the focus of international scrutiny as security forces have repeatedly fired into crowds of protesters. At least 459 people have been killed since the takeover, according to the Assistance Association for Political Prisoners. The crackdown extends beyond the demonstrations: Humanitarian workers reported that the military had carried out airstrikes Sunday against guerilla fighters in the eastern part of the country.

“In less than two months, at least 35 children have allegedly been killed, countless others seriously injured and almost 1,000 children and young people reported arbitrarily detained by security forces across the country” she said, condemning the indiscriminate killings and demanding that those responsible be held accountable.

The junta has accused some of the demonstrators of perpetrating the violence because of their sporadic use of Molotov cocktails and has said its use of force has been justified to stop what it has called rioting. While protesters have occasionally hurled firecrackers at troops and on Saturday carried bows and arrows, they remain vastly outgunned and have shown commitment to methods of nonviolent civil disobedience.

Saturday’s death toll far exceeded the previous single-day high that ranged from 74 to 90 on March 14. The killings happened throughout the country as Myanmar’s military celebrated the annual Armed Forces Day holiday with a parade in the country’s capital, Naypyitaw.

“Today the junta of Myanmar has made Armed Forces Day a day of infamy with the massacre of men, women and very young children throughout country,” said Tom Andrews, the U.N.’s independent expert on human rights for Myanmar. “Words of condemnation or concern are frankly ringing hollow to the people of Myanmar while the military junta commits mass murder against them. … It is past time for robust, coordinated action.”

Those calls were echoed by others. U.N. Secretary-General Antonio Guterres said he was shocked by the killings of civilians, including children, and a group of defense chiefs from 12 countries also condemned the violence.

U.N. Special Adviser on the Prevention of Genocide, Alice Wairimu Nderitu, and U.N. High Commissioner for Human Rights, Michelle Bachelet, said: “The shameful, cowardly, brutal actions of the military and police – who have been filmed shooting at protesters as they flee, and who have not even spared young children – must be halted immediately.”

President Joe Biden told reporters: “It’s terrible. It’s absolutely outrageous. Based on the reporting I’ve gotten, an awful lot of people have been killed. Totally unnecessary.” Biden said his administration is working on a response but offered no details.

It’s still not clear what action is possible — or how quick it could be. The U.N. Security Council has not advocated concerted action against the junta, such as a ban on selling it arms. China and Russia are both major arms suppliers to Myanmar’s military as well as politically sympathetic.

If the Security Council isn’t able to do anything, Andrews called for an emergency international summit. Human rights group Amnesty International also criticized the hesitancy to do more.

In the meantime, protesters have continued to rally in Myanmar’s streets. In one demonstration in Yangon on Sunday, a small group made its way through a residential area that the day before had seen chaos with police shooting at demonstrators and the protesters responding with fireworks and Molotov cocktails. The march finished without incident.

In addition to unleashing violence against demonstrators, the military is also continuing to battle ethnic Karen fighters in the country’s east. About 3,000 villagers from territory controlled by the Karen fled across the border to Thailand on Sunday after Myanmar military aircraft dropped bombs on a Karen guerrilla position, said workers for two humanitarian relief agencies.

The Karen National Union is one of more than a dozen ethnic organizations that have been fighting for decades to gain more autonomy from Myanmar’s central government.

The tension at the border comes as the leaders of the resistance to the coup are seeking to have the Karen and other ethnic groups join them as allies. So far the ethnic armed groups have only committed to providing protection to protesters in areas they control.

India’s capital to lock down amid devastating virus surge 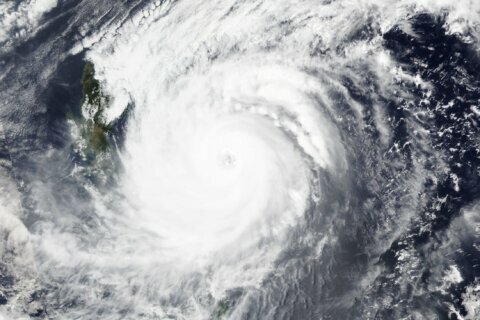