TAIPEI, Taiwan (AP) — Sarah Gao had a busy job. As the head of a 500 million yuan ($76.8 million) investment fund, she was constantly flying across China on business trips. Then she found out she was pregnant.

Her pregnancy, with her then-boyfriend, was unplanned. But Gao, who was 40, thought she wouldn’t have any more chances, and decided to keep the baby. What she did not realize was how that decision would lead to a nearly four-year legal battle for her maternity benefits.

Her protracted fight highlights the consequences that Chinese women face when they raise a child outside of a marriage. The vast majority are unable to access public benefits, ranging from paid maternity leave to prenatal exam coverage, because their status is in a legal gray zone. Some may even face fines.

Gao and some other single mothers want to change this. They are part of a small group, organized by Advocates for Diverse Family Network, that petitioned the Legal Affairs Committee of the National People’s Congress at its recently concluded annual meeting. They don’t expect immediate action, but they hope their needs will be reflected in the legislative agenda in the future.

China’s population is rapidly aging, and the government is eager to promote higher birthrates, relaxing restrictive family planning laws in 2015 so that each family can have two kids. Yet, the laws have not changed as quickly with regards to single parents.

There are no official statistics on the number of single-parent households in China, but a National Health Commission survey in 2014 estimated that there would be nearly 20 million single mothers by 2020. Many of them come from divorce, with divorce rates in the country nearly doubling from 2009 to 2018, according to the Ministry of Civil Affairs.

Following a difficult pregnancy, Gao gave birth to her daughter in November 2016. She went back to work after seven months of sick leave and maternity leave. Throughout her sick leave, her company, KunYuan Asset Management, paid her the bare minimum: roughly 1,000 yuan ($153) a month, a huge drop from her usual monthly salary of 30,000 yuan ($4,606). The company did not pay her during maternity leave.

Gao pressed the company for full salary and maternity leave benefits, part of which would come from the social insurance to which companies contribute by law.

In Beijing, where Gao lives, an employee can apply for those public benefits only through their company. But Gao’s company refused to apply for her, saying her materials were incomplete because she lacked a marriage license.

When she forced the issue, the company asked her to resign. Gao refused to quit at first, but eventually she was fired. However, the company refused to issue her a formal letter that would acknowledge her departure, making it difficult for her to find a new job.

The company did not respond to requests for comment via email, and phone calls to the head office in Beijing went unanswered.

Gao is suing the company for 1 million yuan ($153,645) in back pay, in addition to her maternity leave payment. She has lost twice in court since July 2017 and is appealing for a third time.

Each time, the court said that “Gao’s unmarried status while giving birth is not in line with national policy, and therefore lacked the legal basis for her to receive a salary during maternity leave.”

China’s family planning policy does not explicitly forbid unmarried women to have children, but says that “the state encourages a husband and wife to have two children.”

At the local level, this has been interpreted to mean that only a married couple can have children. This becomes an obstacle when trying to access benefits, such as reimbursement for prenatal visits and salary during pregnancy leave.

Many local governments require a marriage permit during this process, said Dong Xiaoying, the founder of Advocates for Diverse Family Network.

There have been some changes. In Guangdong province and Shanghai, governments have changed regulations so that a woman does not have to provide proof of marriage before getting benefits.

In January, Shanghai quietly implemented a new regulation that removed the need for a marriage permit to apply for benefits, helping women like Zou Xiaoqi, a single mother turned activist in Shanghai. Zou sued a Shanghai government agency in 2017 to get her maternity leave salary and the public insurance benefits. After years of media interviews, court appearances and lobbying city politicians, Zou received her benefits earlier this month.

The laws must change, Zou believes, as the cultural stigma is still very intense. Only recently did she find out that the mother of her son’s playmate was also a single mother. They had known each other for five months before the woman revealed that detail.

Single moms and activists are hoping that a change on the national level can smooth out the situation for single mothers in the rest of the country, like Gao. A Guangdong delegate to the National People’s Congress said in February that the family planning law may need some clarifications to address the needs of single mothers, acknowledging their legal quandary.

“I just want to know in the national policy, as a single parent, as an unmarried woman, do I have the right to give birth?” Gao said. 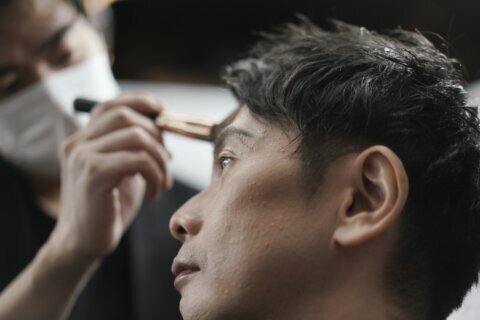 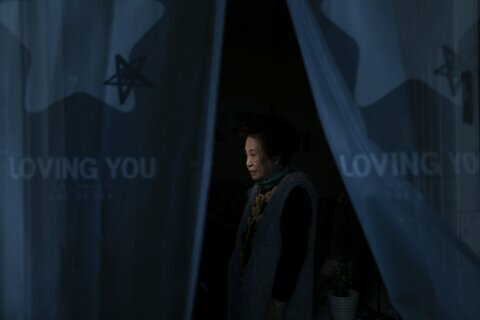