Associated Press calls for release of journalist detained in Myanmar

Thein Zaw is among a number of journalists detained in Myanmar as part of the military's crackdown on independent media.
Listen now to WTOP News WTOP.com | Alexa | Google Home | WTOP App | 103.5 FM

The Associated Press has demanded the release of a journalist detained and charged “for simply doing his job” while covering violent anti-coup demonstrations for the American news outlet in Myanmar.

Thein Zaw, 32, was taken into custody on February 27 in the country’s largest city, Yangon, while covering a protest against the military junta, which seized power in a February 1 coup, AP reported.

Thein Zaw is among a number of journalists detained in Myanmar as part of the military’s crackdown on independent media. According to UN Regional Spokesperson in Bangkok David Swanson, dozens of journalists have been arrested in recent days — and on Monday, security forces revoked the licenses of five independent media companies.

Thein Zaw’s pretrial detention was extended at a court hearing on Friday, which he attended via videoconferencing. He next appears in court on March 24.

“The Associated Press calls for the immediate release of AP journalist Thein Zaw, who has been charged with a crime in Myanmar for simply doing his job,” said Ian Phillips, AP vice president for international news, in a statement sent to CNN.

“Independent journalists must be allowed to freely and safely report the news without fear of retribution. AP condemns the charge against Thein Zaw and his arbitrary detention.”

Separately, Polish journalist Robert Bociaga, who has freelanced for a number of Western media organizations, was detained by soldiers in Taunggyi, the capital of Shan State, on Thursday, according to a statement from the German Press Agency (DPA).

“This is an intolerable, unacceptable attack on the freedom of reporting — and even in this brutal form, unfortunately, not an isolated case,” DPA editor-in-chief Sven Gösmann said.

Bociaga was reportedly beaten by authorities, according to The Diplomat, which Bociaga was a regular contributor to.

“We are especially disturbed by reports that he was first beaten and injured before being detained. This brutality cannot be justified or accepted,” the publication said on Twitter.

“We call for his immediate release, along with other journalists detained in Myanmar in recent weeks.”

The German Embassy in Yangon — which represents the consular interests of Polish citizens in Myanmar — said it had formally requested information about Bociaga’s precise whereabouts. The embassy also asked for immediate consular access to him and written information about the reason for his detention and charges, it said in a statement posted on its Facebook page.

“The Embassy is expecting … a swift answer and a fair and humane treatment of the detained person,” the statement said.

The US Embassy in Burma, which uses the former name of the country, sent an embassy officer to court on Friday to attend the hearing of five reporters “detained while doing their jobs,” the embassy said, although it did not specify their names.

“Silencing the press will not keep the world or people of Myanmar from recognizing the junta’s abhorrent actions,” the embassy added.

Myanmar has been thrown into turmoil since the military seized power, detaining civilian leader Aung San Suu Kyi and forming a new junta to run the country.

At least 80 people have been killed and hundreds injured since the coup, according to the United Nations. More than 2,000 have been detained, with allegations of torture and enforced disappearances. Many have not been heard from since. 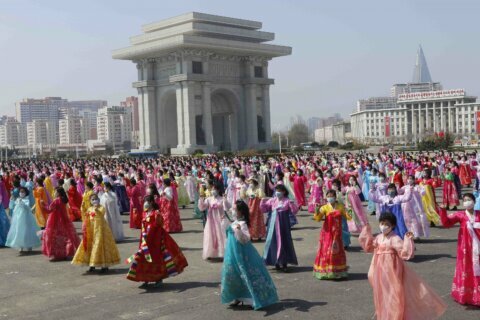