NEW YORK (AP) — U.S. stocks burst to their best day in three weeks on Friday, helping Wall Street return to record heights and avoid what could have been a second straight weekly loss.

The S&P 500 added 65.02 points, or 1.7%, to 3,974.54, with a quarter of that rise coming in the last five minutes of trading alone. Some of the biggest gains came from companies whose profits would jump the most if COVID-19 vaccinations and massive U.S. government spending programs juice the economy as much as economists expect. The index locked in a 1.7% gain for the week after losing 0.8% last week.

Stock prices have been churning in recent weeks, and momentum has often shifted sharply, sometimes by the hour. Rising expectations for a supercharged economic recovery are supporting many stocks on one hand, while worries about the possibility of higher inflation and rising interest rates are undercutting the market on the other.

This past week, everything from President Joe Biden doubling his goal for COVID-19 vaccinations to a skyscraper-sized ship blocking one of the world’s most important canals sent markets swinging.

“It’s natural that you would have people looking at” stocks of companies that would benefit the most from a rejuvenated economy, said Tom Plumb, portfolio manager and president of Plumb Funds. “But there are times when you are going to have a fair amount of volatility because a recovery like we are in has never been smooth.”

Much of the stock market’s recent turbulence has been an after-effect of movements in the bond market, where Treasury yields have been largely climbing since last autumn. Higher yields can make investors less willing to pay high prices for stocks, with companies seen as the most expensive taking the most pain. Companies that ask their investors to wait many years for the payoff of big profit growth have also been hit hard.

The yield on the 10-year Treasury rose to 1.67% from 1.61% late Thursday. But that’s still below where it was last week, when it rose above 1.70% and touched its highest level since before the pandemic began.

A report on Friday also showed that a gauge of inflation that the Federal Reserve likes to use was weaker last month than economists expected. That took off some of the pressure of inflation worries in the near term.

The higher yields helped lift stocks of banks, in part because higher interest rates allow them to make bigger profits from making loans. Financial stocks also got a boost after the Federal Reserve said it will soon allow banks to resume buying back their own stock and to send bigger dividend payments to shareholders. The Fed restricted such moves last summer to force banks to hold onto cash cushions amid the coronavirus-caused recession.

Some of Friday’s biggest gains came from energy stocks, which benefited from a $2.41 rise in the price of U.S. oil, settling at $60.97 per barrel.

Marathon Oil gained 5.3%, and energy stocks across the S&P 500 rose 2.6% for the biggest gain among the 11 sectors that make up the index.

Stocks of companies that would benefit from more investment in infrastructure were also rallying sharply. Steelmaker Nucor climbed 8.9% for the biggest gain in the S&P 500, and miner Freeport-McMoRan rose 5.9%.

President Joe Biden is pushing for big spending on the nation’s infrastructure, as many past presidents have done to little effect. “Whether or not it happens or doesn’t happen, the market feels like there’s more of a possibility that it will happen,” Plumb said.

Since interest rates began rising last autumn, tech stocks have been most caught within the the market’s crosswinds. They were among the biggest winners earlier in the pandemic, and their high stock prices and long runways of profit growth have made them susceptible to weakness when interest rates have been on the rise.

Such high-growth stocks were turning in a mixed performance on Friday. Apple rose 0.5%, but only after swinging between gains and losses numerous times through the day. Microsoft rallied 1.8%, and Facebook climbed 1.5%, but Tesla dropped 3.4%.

Stocks also rose across most international markets. Indexes rallied 1% or more from London to Seoul. 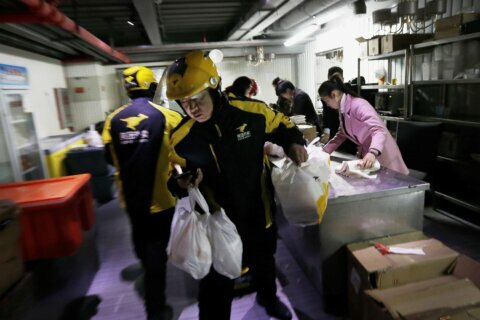 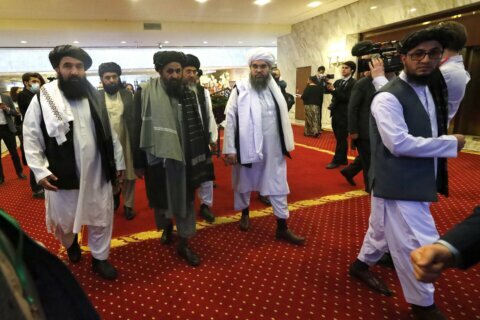