BANGKOK (AP) — Prosecutors in Thailand indicted five pro-democracy activists on Wednesday on changes of attempting to harm the queen during a street demonstration last October in which some protesters shouted slogans critical of the monarchy.

Queen Suthida, the wife of King Maha Vajiralongkorn, was not in any evident danger in the incident, which occurred when a limousine carrying the queen and the king’s son, Prince Dipangkorn Rasmijoti, passed through a small crowd of protesters mixed with supporters of the royal family.

The five are accused of violating Section 110 of the Criminal Code, which says that whoever attempts an act of violence against the queen or the royal heir faces 16-20 years’ imprisonment. They include Ekachai Hongkangwan, a veteran activist and social critic who has been attacked several times by unknown assailants.

It is highly unusual for the royal family’s vehicles to be driven near protests. During the Oct. 14 incident, police linked arms on either side of the queen’s car as it passed, keeping onlookers away. Some protesters shouted slogans critical of the monarchy, while monarchists countered with cries in support of the royal institution.

The encounter took place on a day that more than 10,000 people later staged a rally near the same site, outside the offices of Prime Minister Prayuth Chan-ocha, to demand that he and his Cabinet resign.

Police broke up the rally late that night, and the next day declared a state of emergency for Bangkok which included a ban on unauthorized gatherings of more than five people. The ban was ignored and the state of emergency was rescinded shortly afterward.

Thailand has harsh laws guarding the reputation as well as the safety of the royal family. A law prohibiting defamation of the monarch or his immediate family carries a prison term of up to 15 years for each count.

The pro-democracy movement includes reform of the monarchy as one of its core demands. As protest leaders have increased their criticisms of the royal institution, the authorities have reacted by charging them with defaming the monarchy.

The legal aid group Thai Lawyers for Human Rights says at least 81 activists have been charged under the law since last November. 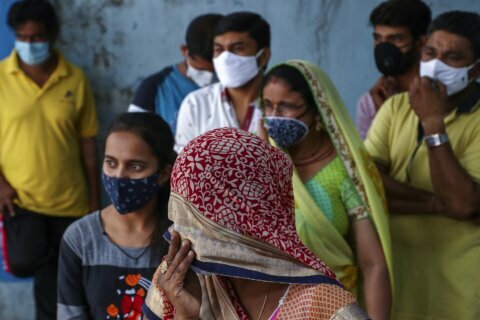 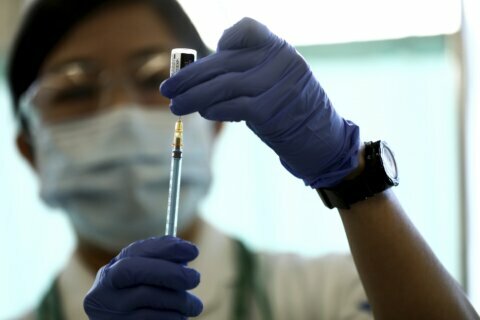 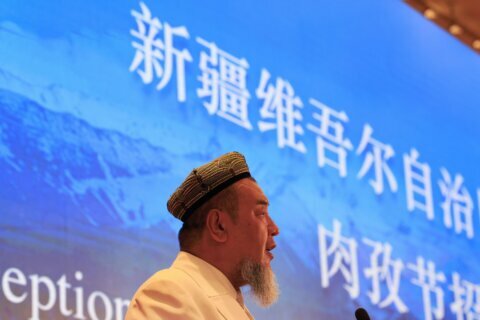