Group of foreign climbers ends expedition at K2 in Pakistan

ISLAMABAD (AP) — A group of foreign mountaineers ended their plans to try and scale the treacherous K2 mountain in Pakistan, the world’s second highest peak, because of bad weather, a mountaineering official said Wednesday.

The decision came after three climbers went missing last week and a subsequent search to find them hasn’t been successful.

Karrar Haidri, Pakistan Alpine Club secretary, said the decision to cancel was made by Chhang Dawa Sherpa, who heads Seven Summit Treks expedition company, and was the leader of a group that planned to attempt a winter ascent of K2.

Haidri said the decision was Sherpa’s and there was no government ban on winter expeditions. He said some mountaineers were still on the mountain.

Sherpa was the leader of a group of Nepalese climbers who in January made history by scaling K2, the world’s second highest peak, in the winter season.

On Tuesday, Sherpa took to Facebook to say that due to continued bad weather “our expedition is off and we all are returning from base camp toward Skardu.” Skardu is a town in northern Pakistan known as gateway to K2.

Sherpa, along with Pakistani climbers and porters, took part in the rescue mission when Pakistan sent a helicopter to K2 to search for the three missing climbers who lost contact with base camp Saturday. The missing climbers’ support team has not received any communications from them.

The search-and-rescue operation has not been able to resume because of bad weather, said Haidri. He said helicopters will fly on Thursday if weather permits.

Located in the Karakorum mountain range, K2 is one of the most dangerous climbs — one never accomplished in winter until last month, when the team of 10 Nepalese managed to scale it. 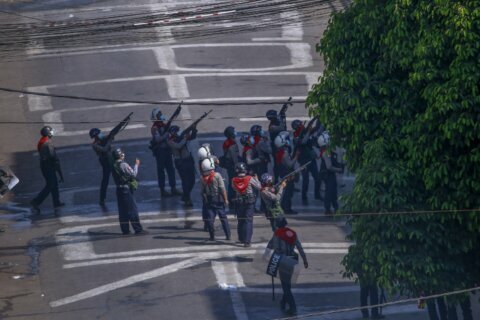