“Japan is staying alert and paying close attention to its effect on us,” Foreign Minister Toshimitsu Motegi said in online talks between the two sides. “I believe the law should not be used in a way that violates international law.”

Japan sees China’s escalating influence and military activity in the region as a security threat and has been stepping up defense cooperation with the U.S., Australia, Southeast Asian countries, as well as Britain.

The new Chinese Coast Guard Law, which increases the possibility of clashes with regional rivals, empowers the force to “take all necessary measures, including the use of weapons, when national sovereignty, sovereign rights, and jurisdiction are being illegally infringed upon by foreign organizations or individuals at sea.”

It also authorizes the coast guard to demolish other countries’ structures built on areas claimed by China and to seize or order foreign vessels illegally entering China’s territorial waters to leave.

“We would like to share our strong concern with you” about the law, Motegi, accompanied by Defense Minister Nobuo Kishi, told British counterparts Dominic Raab and Ben Wallace, who joined them from London.

The coast guard’s activities have brought it into frequent contact with the Japanese coast guard and air force.

In a joint statement released after the talks, the ministers expressed “serious concerns” about the rising tension in the regional seas and urged all parties “to exercise self-restraint and refrain from activities likely to raise tensions, in particular militarization and coercion.”

They also expressed “grave concerns” over China’s crackdown on opposition in Hong Kong and “gross human rights violations being perpetrated against Uyghurs and other minorities in Xinjiang,” according to the statement.

The ministers also agreed to deepen defense and security cooperation between Japan and Britain to ensure a “free and open Indo-Pacific” vision that Japan promotes with the U.S., Australia and India to counter China.

Japan and Britain are jointly developing an air-to-air missile defense system and increasing the inter-operability of defense equipment and technology as their troops work together more closely.

Kishi welcomed the planned dispatch of a British aircraft carrier strike group this year to East Asia as part of Britain’s growing commitment to the region.

Wallace said the Asia visit for the strike group, led by the aircraft carrier HMS Queen Elizabeth, was “the most significant Royal Navy deployment in a generation.”

The British government, which is seeking to boost the country’s global profile after Brexit, said the U.K.-Japan meeting was part of an “Indo-Pacific tilt” toward Asian allies. 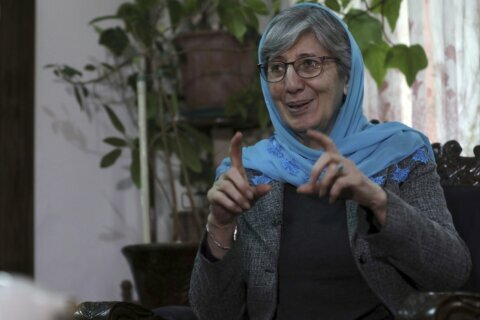 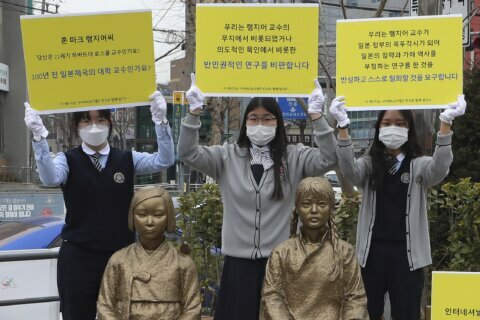 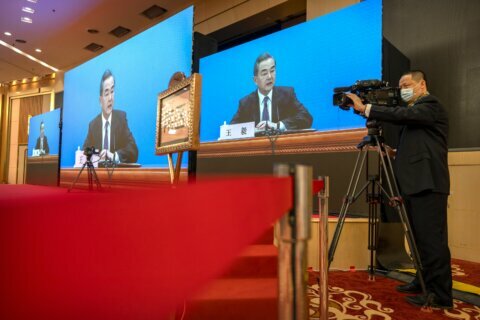