The violence came a day after diplomats from more than 20 countries stationed in India’s capital concluded a two-day visit to the region.

Police said militants sprayed bullets at two policemen near a police station in Srinagar city. Both died later at a hospital.

A short video of the attack circulated on social media shows a man in a pheran, a Kashmiri tunic worn during the winter, taking out what appears to be an automatic rifle and shooting at the policemen. He then quickly runs away.

Police and soldiers searched the area and later detained a young man for questioning.

No rebel group immediately claimed responsibility for the attack.

In a separate incident, a gunfight erupted shortly after scores of counterinsurgency police and soldiers launched an operation late Thursday in a village in southern Shopian district following a tip that three militants were there, Inspector-General Vijay Kumar said.

All three were killed in an exchange of gunfire early Friday, Kumar said. He said police recovered two rifles and a pistol.

Residents said government forces used explosives to blast a civilian house during the fighting, a common tactic by Indian troops in Kashmir.

In another gunbattle, militants killed a policeman and injured another in western Beerwah area early Friday, Kumar said.

Mohammed Akbar Nath, a local resident in Beerwah, said Indian troops ransacked his home and detained his four sons after the incident.

Meanwhile, hundreds participated in the funeral of three police officials at their native villages later Friday.

However, authorities buried the bodies of three suspected militants in a remote mountainous graveyard. Under a policy started in 2020, Indian authorities have buried scores of Kashmiri rebels in unmarked graves, denying their families proper funerals. The policy has added to widespread anti-India anger in the disputed region.

Authorities say the policy is aimed at stopping the spread of the coronavirus, but rights activists and residents say the government ignores such protocols for its fallen combatants and is an attempt to avoid large funerals that fuel more resentment against India.

Both India and Pakistan claim the divided territory of Kashmir in its entirety. Many Muslim Kashmiris support the rebel goal that the territory be united either under Pakistani rule or as an independent country. 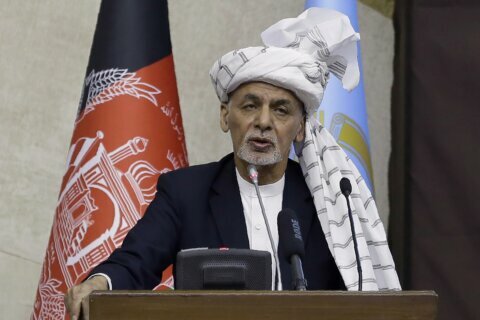