India chides Twitter for not complying with blocking orders

NEW DELHI (AP) — India has chided Twitter for not complying with its orders to remove certain accounts and content, warning the social media platform that it “must respect” Indian laws “irrespective of Twitter’s own rules and guidelines.”

“We value freedom and we value criticism because it is part of our democracy. But freedom of expression is not absolute and it is subject to reasonable restrictions” as mentioned in the constitution, India’s Ministry of Electronics and Information Technology said in a statement late Wednesday.

Twitter has found itself in a standoff with the government after it refused to fully comply with last week’s government order to remove some accounts, including those of news organizations, journalists, activists and politicians, citing its “principles of defending protected speech and freedom of expression.”

The government said the accounts — unspecified in number — were using provocative hashtags to spread misinformation about the massive farmer protests that have rattled Prime Minister Narendra Modi’s administration.

Twitter responded by temporarily blocking some of those accounts. It, however, refused to outright suspend them as suggested by the government and imposed restrictions on them only within India. Twitter subsequently restored them after online outrage.

Critics have accused the government of using the protests to escalate a crackdown on free speech aimed at muzzling opposition.

Twitter’s actions appeared to irk Modi’s government, which over the years has sought to tighten its grip over social media, particularly Twitter and Facebook. The government served Twitter a non-compliance notice and threatened its officials with a fine and imprisonment of up to seven years for violating the order.

The ministry in its statement said it was disappointed after Twitter “unwillingly, grudgingly and with great delay” complied with only parts of the government’s orders.

It cited Twitter’s crackdown on accounts after last month’s Capitol Hill insurrection in the United States, calling it a “differential treatment” to India. It said what happened in Washington was comparable to the violence at India’s Red Fort on Jan. 26 when a group of protesting farmers stormed New Delhi’s 17th century monument. Hundreds of police and farmers were injured in clashes and one protester died.

Leaders from Modi’s Bharatiya Janata Party also attacked Twitter for what they said was a refusal to abide by Indian laws.

On Thursday, Information Technology Minister Ravi Shankar Prasad named Twitter, Facebook, YouTube, and LinkedIn in Parliament and said they will have to follow the Indian constitution. He warned the social media websites of “strict action” if they were “misused to spread fake news and fuel violence.”

The clampdown on Twitter accounts comes as thousands of farmers have camped outside the capital for months to protest new agricultural laws they say will devastate their earnings. The government says the laws will boost production through private investment.

The Latest: Oklahoma vaccine list to cover most in state 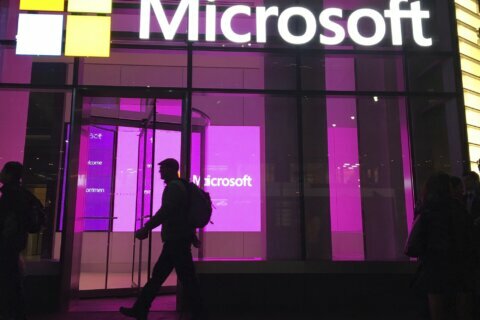