Investors continued to watch the bond market, where Treasury yields eased lower, as well as Washington, where Congress is expected to vote on President Joe Biden’s stimulus package.

Losses in banks and health care stocks helped drag the S&P 500 down 0.5%, erasing an early gain. Falling oil prices weighed on energy stocks. Technology and communication services companies, which bore the brunt of the selling a day before, recovered slightly, which helped the tech-heavy Nasdaq composite manage a 0.6% gain.

“We still think the uptrend in (stocks) is very much intact and that they’ll outperform bonds in the coming year,” said Sameer Samana, senior global market strategist at Wells Fargo Investment Institute.

The indexes remain close to the all-time highs they set earlier this month.

A sell-off on Wall Street Thursday picked up speed when the yield on the 10-year U.S. Treasury note rose above 1.5%, a level not seen in more than a year and far above the 0.92% it was trading at only two months ago. That move raised the alarm that yields, and the interest rates they influence, will move higher from here.

The recent rise in bond yields reflects growing confidence that the economy is on the path to recovery, but also expectations that inflation is headed higher, which might prompt central banks eventually to raise interest rates to cool price increases. Rising yields can make stocks look less attractive relative to bonds, which is why every tick up in yields has corresponded with a tick down in stock prices.

“Investors should look at this as an affirmation that the recovery is taking hold,” Brian Levitt, Global Market Strategist at Invesco.

Samana said he still expects interest rates will continue to rise, but at a slower pace.

Technology stocks have been impacted more than the broader market by the rise in bond yields. Tech stocks tend to trade at higher valuations than the overall market. Investors are also betting that with vaccinations, the coronavirus pandemic may be coming to an end which would pivot consumer behavior away from online-only shopping.

In Washington, Democrats in Congress are preparing to move forward with President Biden’s $1.9 trillion stimulus package, with a vote in the House of Representatives planned for Friday. The Senate could vote on the package as early as next week.

The stimulus bill would include yet another round of one-time payments to most Americans, including an expansion of other refundable tax credits like the child tax credit, as well as additional aid to state and local governments to combat the pandemic. 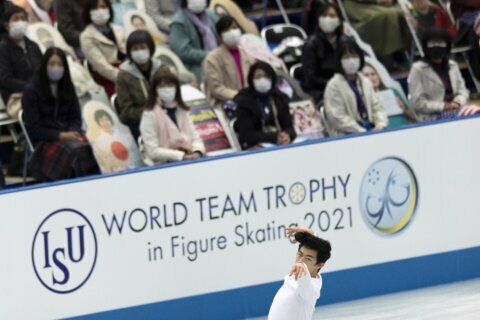