US group appeals for Pakistani woman jailed on blasphemy

ISLAMABAD (AP) — The U.S. religious watchdog appealed Friday for the rights of a Pakistani woman from the country’s minority Ahmadis who has been jailed on blasphemy charges, declaring her a prisoner of conscience and urging Prime Minister Imran Khan’s government to immediately set her free.

Under the law, anyone accused of insulting Islam can be sentenced to death if found guilty. While authorities have yet to carry out a death sentence for blasphemy, just the accusation of blasphemy can incite mobs in Pakistan.

“The Pakistani government must immediately release Ramzan Bibi, and all others detained for blasphemy,” said commission head James W. Carr.

“Authorities allowing these laws to be used for personal gain or vendetta are only enabling systematic discrimination based on religious belief,” Carr added.

The Ahmadi faith was established on the Indian subcontinent in the 19th century by Mirza Ghulam Ahmad, whose followers believe he was the messiah that was promised by the Prophet Muhammad. Pakistan’s parliament declared Ahmadis non-Muslims in 1974. Since then, they have repeatedly been targeted by Islamic extremists in the Muslim-majority nation.

Bibi was jailed after a dispute over a donation she tried to make to a non-Ahmadi mosque in her village in Punjab province. The donation was rejected and when she sought an explanation from her non-Ahmadi relatives, a quarrel erupted followed by an assault on Bibi, according to members of her community.

Mainstream Muslim clerics later alleged she was blasphemous and brought out an alleged witness to corroborate their allegations.

“She is facing imprisonment simply because of her Ahmadi faith,” said the U.S. commission.

The Pakistani prime minister’s special adviser on religious affairs and religious harmony, Maulana Tahir Ashrafi, said he was not aware of the case but would investigate and promised “justice” for the woman.

“No Muslims will be allowed to hurt the sentiments of people belonging to other religions and no non-Muslim should insult Islam,” said Ashrafi.

Blasphemy has been a contentious issue in Pakistan. A Punjab governor was killed by his own guard in 2011 after he defended a Christian woman, Aasia Bibi, who was accused of blasphemy. She was acquitted after spending eight years on death row and later left Pakistan for Canada to join her family after receiving threats.

In just the last year, more than 24 Ahmadis, including their senior leadership have been charged with blasphemy and for referring to themselves as Muslims. Scores of Ahmadis are in jail simply for reciting Islamic prayers or greeting others with a traditional Muslim greeting.

Last year, five Ahmadis were killed in targeted killings in Pakistan, according to an Ahmadi official who spoke on condition of anonymity, fearing for his life.

According to a report last month by the U.S. Commission for International Religious Freedoms, Pakistan recorded the most cases of blasphemy in the world, even though 84 countries have criminal blasphemy laws.

On Friday, an anti-terrorism court in Islamabad sentenced three people — two Sunni Muslims and an Ahmadi — to death in connection with charges that they shared blasphemous content on social media in 2017. A fourth man, a Shiite Muslim college professor, was sentenced to 10 years in prison for insulting God during a college lecture.

The U.S. commission described the conditions for religious freedoms in Pakistan as continuing to “trend negatively” and urged the government to repeal the blasphemy law.

Pakistan has rejected the commission’s assessment. 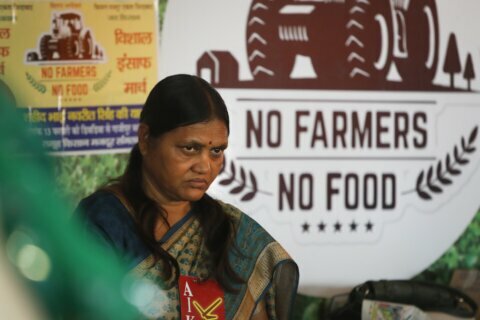 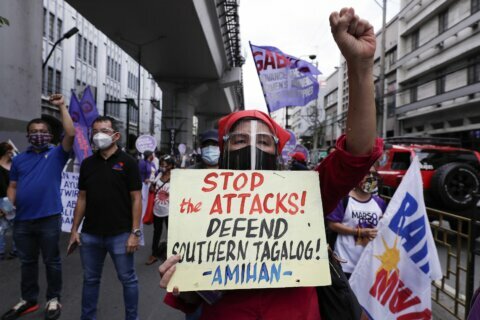