Japan’s state of emergency to combat surging coronavirus cases, which kicked in Friday, did little to dampen market optimism. The benchmark Nikkei 225 jumped 1.7% in morning trading to 27,965.50. The declaration, announced by Prime Minister Yoshihide Suga, asks people to stay home and refrain from going out at night to dine and drink.

“Asia markets tracked the Wall Street optimism for a second morning, climbing amid the sustained hopes of further fiscal injections in the U.S. to keep the recovery on track,” said Jingyi Pan, a market strategist at IG in Singapore.

The S&P 500 rose 1.5% to a record 3,803.79. Investors were reassured by Congress’ confirmation of Joe Biden’s presidential election win and a shift in control of the Senate to the Democrats and largely moved on from the previous day’s violence and chaos at the Capitol building.

President Donald Trump has issued a statement saying there will be an “orderly transition on January 20th,” although he continues to claim falsely that he won. Jon Ossoff was declared the winner of a Georgia runoff election, tipping control of the Senate to Democrats.

With Democrats fully in control of Washington, Wall Street is anticipating the Biden administration and Congress will try to deliver $2,000 checks to most Americans, increase spending on infrastructure and take other measures to nurse the economy amid the worsening pandemic.

“The expectations are shifting to more stimulus, sooner, which is generally better for the economy and better for the market as well,” said Rob Haworth, senior investment strategy director at U.S. Bank Wealth Management.

Wall Street’s latest rally adds to gains from a day before, when stocks rose on the results of two Senate runoff elections in Georgia that went to the Democrats. Investors are largely looking past the current political ugliness — and the pandemic’s acceleration around the world — and are focusing instead on prospects for an improving economy.

Hopes are also growing about the rollout of COVID-19 vaccines to help daily life around the world get closer to normal. That has investors anticipating a explosive return to growth for corporate profits later this year.

In energy trading, benchmark U.S. crude added 32 cents to $51.15 a barrel in electronic trading on the New York Mercantile Exchange. It gained 20 cents on Thursday to $50.83 per barrel. Brent crude, the international standard, rose 29 cents to $54.67 a barrel. 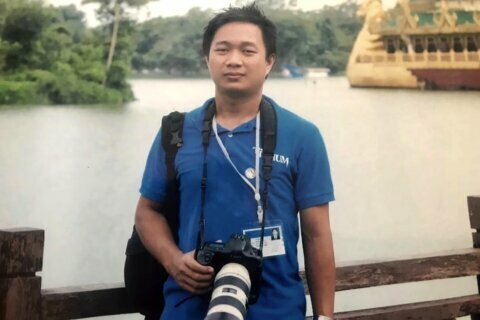