TOKYO (AP) — Asian shares rose Thursday on optimism over the new U.S. administration that earlier set off a rally on Wall Street.

Hopes are high that President Joe Biden’s administration will mean more support for the struggling U.S. economy, setting off a recovery that’s crucial for the export-driven Asian region.

Data released by the Japanese Finance Ministry showed the world’s third largest economy may be crawling toward a recovery, as exports for December rose for the first time in two years, by 2% from the same month the previous year. Imports declined 11.6%, marking the 20th straight month of declines.

Japan’s economy, like many others across the region, has been slammed by the coronavirus pandemic, which has crushed tourism and dampened economic activity and trade. The Bank of Japan is holding a policy board meeting, but little change is expected by analysts. Tokyo and other urban areas of Japan are under a state of emergency, as coronavirus cases have surged lately.

Biden took a flurry of executive actions in his first hours as president. He also pitched a plan to pump $1.9 trillion more into the struggling economy, hoping to act quickly as his Democratic party now controls the White House and both houses of Congress.

The hope on Wall Street is that such stimulus will help carry the economy until later this year, when more widespread COVID-19 vaccinations get daily life closer to normal.

“Most of Wall Street is assuming that the second half (of 2021) is when we will see pent-up demand start to show up in the economy, and that will push economic indicators higher and will likely cause a ramp up in earnings projections,” said Sam Stovall, chief investment strategist at CFRA.

A better-than-expected start to earnings reporting season also helped lift the U.S. market. Analysts came in with low expectations, forecasting the big companies in the S&P 500 will report a fourth straight drop in earnings per share because of the damage from the pandemic. But the vast majority of the earliest reports have managed to top forecasts.

Netflix jumped 16.9% for the S&P 500′s biggest gain after it said it ended last year with more than 200 million subscribers. It made more in revenue during the end of 2020 than analysts expected, though its earnings fell short of forecasts.

Gains for stocks have been accelerating since Biden’s election on enthusiasm about COVID-19 vaccines and potential economic moves. The bump for stocks between Election Day and Biden’s inauguration was bigger than Trump’s bump between his election and inauguration.

“The market is up more than 13% since Election Day,” Stovall said, noting that since World War II, the S&P 500 has risen an average of 3.5% in the first 100 days of a Democratic president’s administration, versus an average gain of 0.5% when a Republican was in the White House.

Analysts have been expressing concerns about pricey stock values heading into the latest round of corporate earnings, but they look more reasonable amid the backdrop of historically low interest rates, said Solita Marcelli, chief investment officer, Americas, at UBS Global Wealth Management. The low rates, along with new stimulus and the continued rollout of vaccines, will likely help bolster markets and the recovery.

“We think that global growth is going to continue to pick up,” she said. 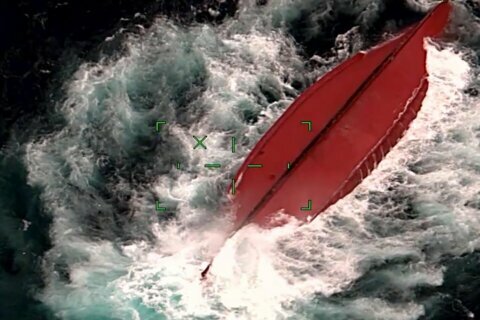