BANGKOK (AP) — Health officials in Thailand said Saturday that two new clusters of coronavirus cases have been found that appear to be linked to a major outbreak discovered a week earlier among migrant workers in an industrial province near Bangkok.

The new cases were found in 19 members of a motorcycling club who held a holiday gathering on Lanta island in the southern province of Krabi, and in nine people who were in a gambling den in the eastern province of Rayong, said the Disease Control Department.

The first of the motorcyclists to be diagnosed with the virus had come from Samut Sakhon province, where the outbreak among migrant workers occurred.

On Saturday morning, 110 new coronavirus cases were reported, bringing Thailand’s total to 6,020. Sixty of the 110 were linked to the Samut Sakhon outbreak.

At the beginning of December, Thailand had 4,008 cases. The death toll has remained at 60 since early November. Until recently, almost all new cases had been found among people who were quarantined upon arrival from abroad.

Cases linked to the Samut Sakhon outbreak, which was first found at a major seafood market, have now been reported in 33 provinces.

The Center for COVID-19 Situation Administration, which coordinates Thailand’s battle against the virus, said Friday that unless social distancing and other restrictions are observed, a nationwide lockdown might have to be implemented by March.

Thailand had been considered a success story in controlling the disease by taking early significant measures, including banning the arrival of virtually all foreign tourists. It has recently been seeking to restart its lucrative travel industry, but the discovery of more than 1,300 cases in Samut Sakhon among the migrant workers, mostly from Myanmar, has put the authorities on high alert.

Restrictions, including limiting the nighttime hours of public places and temporary closings of schools, have been tightened province by province according to the number of infections.

There are 40 active cases in Bangkok, and contact tracing has led to several restaurants and other businesses being closed for decontamination, and the city’s schools being shut down for 12 days. 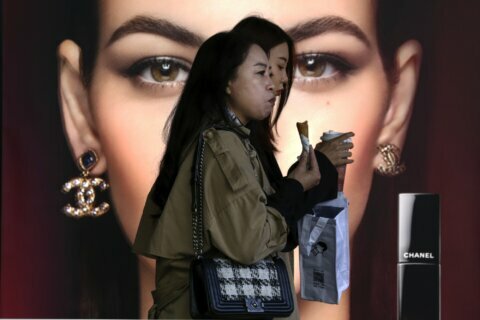