JAKARTA, Indonesia (AP) — Supporters of a detained firebrand cleric marched in Indonesia’s capital on Friday to demand his release and justice for six followers who were killed by police.

Rizieq Shihab, leader of the Islam Defenders Front, turned himself in to authorities last Saturday, a day after police warned they would arrest him after he ignored several summonses.

He was accused of inciting people to breach pandemic restrictions by holding events attended by thousands of supporters to commemorate Prophet Muhammad’s birthday and the wedding of his daughter last month.

The gatherings took place less than a week after his return from three years of exile in Saudi Arabia.

Police said Shihab could face up to six years in prison if found guilty of inciting people to violate health regulations and of obstructing law enforcement.

About 200 protesters organized by a conservative Muslim alliance, including Islam Defenders Front members, halted traffic along the way to the state palace in downtown Jakarta as they chanted “God is Great” and “We want justice.”

They waved black and white flags bearing the Islamic declaration of faith and carried banners and placards slamming authorities over the arrest of their leader and the killing of the six followers.

The six men were accompanying Shihab to a morning prayer event in a convoy of vehicles just outside Jakarta on Dec. 7 when they were killed by police.

The National Commission on Human Rights is investigating the incident.

The protesters dispersed peacefully Friday afternoon after police threatened to arrest them for violating a health state of emergency in Jakarta, which has been hit hard by the coronavirus.

Shihab left Indonesia in 2017 for a pilgrimage to Mecca shortly after police charged him in a pornography case and with insulting the official state ideology. Police dropped both charges a year later due to weak evidence, but authorities in Saudi Arabia then prevented him from leaving the country without explanation.

He attracted large crowds at several events in Jakarta and West Java, with many people not wearing masks and ignoring physical distancing norms.

Indonesia has reported more than 650,000 coronavirus cases, the largest number in Southeast Asia and second in Asia only to India’s 9.9 million cases. 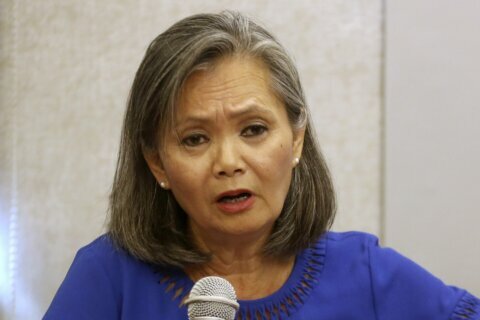 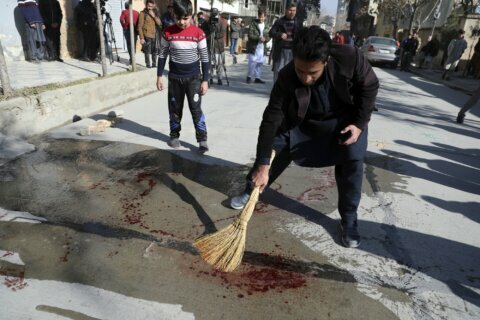