Earlier this week, Morrison said that a Chinese official’s tweet showing the fake image of an Australian soldier appearing to slit a child’s throat was “truly repugnant” and merits an apology, which has not come from China.

“I think it’s unfortunate that this issue evolved in such a way that has gone astray and now there is a much larger visibility of the Brereton report in China,” China’s deputy ambassador, Wang Xining, said Friday. “More people are attentive to what happened in Afghanistan. People wonder why a national leader would have such a strong opinion to an artwork done by a normal young artist in China.”

He was referring to a disturbing report by Australia’s military earlier this month that found evidence that elite Australian troops unlawfully killed 39 Afghan prisoners, farmers and civilians during the conflict in Afghanistan. It recommended that 19 soldiers be referred to federal police for criminal investigation.

It followed a four-year investigation by Maj. Gen. Paul Brereton, a judge and army reservist who was asked to look into the allegations and interviewed more than 400 witnesses and reviewed thousands of pages of documents.

Zhao Lijian, a spokesman for China’s Foreign Ministry, posted the graphic image that shows a grinning soldier holding a bloodied knife to the throat of a veiled child, who is holding a lamb.

Zhao wrote a caption with the tweet saying: “Shocked by murder of Afghan civilians & prisoners by Australian soldiers. We strongly condemn such acts, & call for holding them accountable.”

Many of Australia’s allies have been critical of the tweet, with the European Union calling it “irresponsible.”

“We consider the deliberate dissemination of a fabricated image via social media accounts affiliated with China’s Ministry of Foreign Affairs to be irresponsible, insensitive, and not at all constructive, particularly given the subject in question,” said an EU spokesman.

“Such behavior and use of information tools to disseminate fabricated images or information cannot be justified.”

Officials from the United States, New Zealand and Canada have also criticized the Chinese tweet.

The rift between the two nations has grown since the Australian government called for an independent inquiry into the origins of the coronavirus pandemic. China has since imposed tariffs and other restrictions on a number of Australian exports, most recently to its lucrative wine industry. 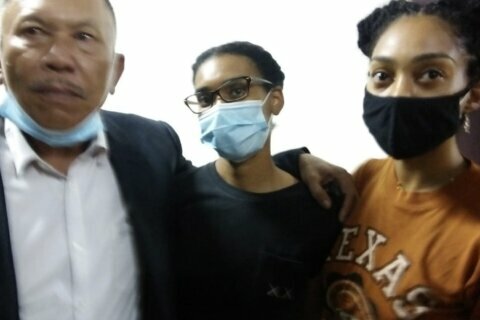