MOSCOW (AP) — The Russian track and field federation elected a state rail executive as its new president Monday as it attempts to have its doping suspension lifted ahead of the Tokyo Olympics.

The federation, known as RusAF, will now be headed by Pyotr Ivanov. He is the chief executive of a Russian state company specializing in high-speed rail and has also been president of the Russian Triathlon Federation since 2016. RusAF said he won 56 of the 73 votes cast.

Ivanov’s most pressing task will be to amend a road map for anti-doping reforms which World Athletics deemed “seriously deficient” in its first draft in September. Russia has until March 1 to submit a new version.

The road map is key to Russian hopes of lifting a suspension which was imposed in 2016 when investigations revealed widespread doping among top Russian track and field competitors. Since then, two RusAF presidents have come and gone after failing to convince World Athletics that enough progress was being made.

Dmitry Shlyakhtin, a Russian regional sports minister, stepped down as RusAF president in November 2019 after he and other officials were handed disciplinary charges for allegedly obstructing an investigation into why an athlete wasn’t available for drug testing.

Businessman and former politician Yevgeny Yurchenko was elected in February but announced his resignation in July amid financial problems which caused RusAF to miss a deadline to pay a fine to World Athletics. The Russian Sports Ministry eventually provided funds to pay the fine and other costs.

World Athletics has allowed some Russians to compete internationally as neutral athletes if they pass vetting of their drug-testing history. However, it suspended that program earlier this year.

The World Athletics council is due to discuss the situation in Russia when it meets Tuesday and Wednesday. 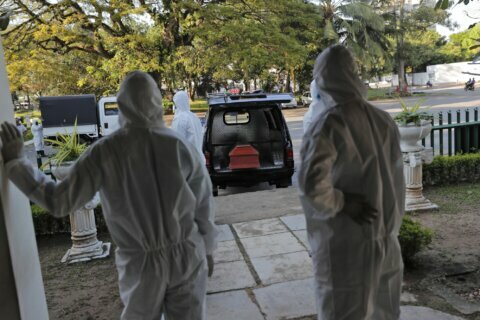