ISLAMABAD (AP) — Pakistan’s prime minister has rekindled controversy with archrival India this week by pledging to make part of the Pakistani-administered Himalayan region of Kashmir officially part his country.

Imran Khan’s pledge to declare the area of Gilgit-Baltistan — which is part of the Pakistani-ruled Kashmir — the fifth province of Pakistan promptly angered neighboring India, which itself last year revoked decades-old semi-autonomous status for the Indian-controlled sector of Kashmir.

At the time, New Delhi divided the Muslim-majority region into two federally governed territories — Jammu and Kashmir, and Ladakh — touching off anger on both sides of the frontier. India’s Prime Minister Narendra Modi’s government also annulled the region’s separate constitution. Indians will now be allowed to buy property in the region.

Khan’s promise was likely in retaliation for India’s move but he may also have sought to score points ahead of local elections on Nov. 15 in the area.

Kashmir is divided between India and Pakistan, but claimed by each in its entirety. The two nuclear-armed neighbors have fought two wars over Kashmir since their independence from British colonial rule in 1947. The region is frequently the scene of cross-border attacks along the boundary dividing the territory.

Tens of thousands of civilians, rebels and government forces have been killed in the years-long conflict.

Khan announced a “provisional status of province” during a visit on Sunday to the scenic northern region of Gilgit-Baltistan, which also serves as Pakistan’s gateway to China, a close ally. Gilgit-Baltistan is a critical part of the $60 billion China-Pakistan Economic Corridor that will access Pakistan’s southwestern Gwadar port on the Arabian Sea. It also is strategically located between South Asia, Central Asia and the Middle East.

New Delhi responded by saying that Gilgit-Baltistan is “an integral part of India” and that “Pakistan has no legal rights on territories illegally and forcibly occupied by it.”

The area’s local population, which numbers about 2 million people, welcomed Khan’s promise, which would allow them to have representation in Pakistan’s National Assembly and Senate and get development funds from Islamabad.

“We waited for this good news for more than 73 years,” said Ashiq Raki, a local teacher.

In the Indian-controlled sector of Kashmir, rebels have been fighting against Indian rule since 1989. Most Muslim Kashmiris support the rebel goal that the territory be united either under Pakistani rule or as an independent country.

India says Kashmir militancy is Pakistan-sponsored terrorism. Pakistan denies the charge, and most Kashmiris call it a legitimate freedom struggle. 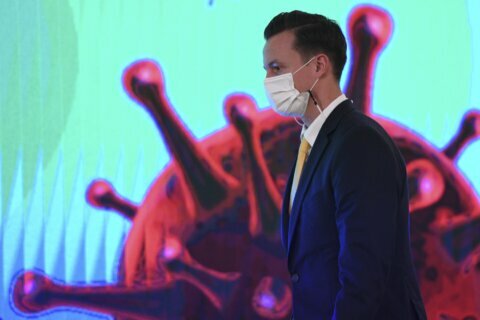