Pakistani suspected in rape of mother, child killed in raid

ISLAMABAD (AP) — Pakistani police said they brought along a suspect they had arrested earlier this week for the abduction and rape of a mother and her 5-year-old daughter on a raid Friday to identify his accomplice in the shocking crime — only to have the man shot and killed by the alleged accomplice.

However, details were sketchy as to how Rafique Malik, who had been in police custody since Tuesday night, was gunned down by his alleged accomplice in the gang rape, Khairullah Bugti. Also, questions remain as to why the police failed to provide Malik adequate protection during the raid.

Police said Bugti was immediately arrested, with the gun that killed Malik still in his possession.

The assault on the woman and her daughter in the district of Kashmore in southern Sindh province has shocked Pakistan, though attacks on women are common in this deeply conservative Muslim country. After news of the arrest broke in Sindh, many had demanded a swift public execution of the attacker.

According to police, Malik had lured the mother and the 5-year-old to his home last weekend, promising to find the woman a job. After assaulting her, allegedly with his accomplice, he allowed the mother to leave after making her promise she would bring him another woman. The daughter was then held hostage in a cattle shed and assaulted while Malik awaited the mother’s return.

On her escape, the mother immediately notified the police, said Kashmore police official Akbar Channa. The police subsequently laid a trap for Malik, captured him on Tuesday night and rescued the woman’s child.

“I have handled murder cases in my life, I have seen bombings too, but I never cried as a police officer,” Channa told The Associated Press. “But our hearts are broken over what happened to this girl and to her mother.”

Kashmore police chief Amjad Ali Sheikh told reporters later on Friday night that Malik led them to the hideout of his accomplice Bugti — a common practice among Pakistani police to have suspects brought in person to identify their accomplices’ possible locations. Sheikh said Bugti opened fire upon seeing Malik approaching with the police.

Sexual harassment and violence against women is common in Pakistan, where nearly 1,000 women are killed each year in so-called “honor killings” for allegedly violating conservative norms on love and marriage.

Pakistan has witnessed an increase in incidents of rape since 2018, when a serial killer raped and murdered 7-year-old Zainab Ansari in the eastern city of Kasur in Punjab province. The case drew nationwide protests and Mohammad Imran was later sentenced to death and hanged in the case.

In September, two attackers pulled a woman out of her car which had broken down at night on a deserted highway near the city of Lahore, in eastern Punjab province, and gang-raped her as her terrified children watched. Both men were later arrested. 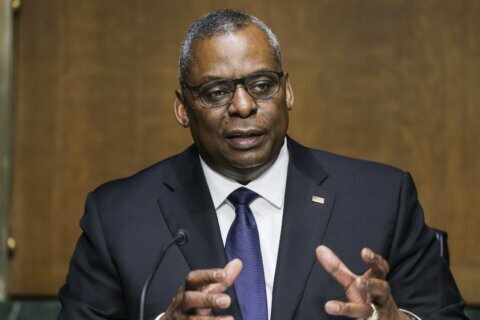