NEW DELHI (AP) — India’s ruling Hindu nationalist party has approved legislation in the country’s most populous state that lays out a prison term of up to 10 years for anyone found guilty of using marriage to force someone to change religion.

The decree for the state of Uttar Pradesh was passed Tuesday and follows a campaign by Prime Minister Narendra Modi’s Hindu-nationalist Bharatiya Janata Party against interfaith marriages. The party describes such marriages as “love jihad,” an unproven conspiracy theory used by its leaders and Hindu hard-line groups to accuse Muslim men of converting Hindu women by marriage.

Under the decree — which will become a law after its approval by the state’s governor, a formality — a couple belonging to two different religions will have to give two months’ notice to a district magistrate before getting married. The couple will be allowed to marry only if the official finds no objections.

Uttar Pradesh is the third Indian state ruled by Modi’s party after Haryana and Madhya Pradesh to approve such legislation to check what Hindu nationalist leaders call forced and unlawful religious conversions.

Earlier, the state’s top elected leader, Yogi Aditynatah, a Hindu monk, said at a public meeting that those waging “love jihad” should either refrain from it or be prepared to die.

Amid a rising tide of Hindu nationalism in India under Modi, Hindu hard-line groups have long accused minority Muslims of taking over the country by persuading Hindu women to marry them and convert to Islam.

Although India’s constitution is secular and provides protection to all faiths, the issue of “love jihad” has gripped headlines and pitted Modi’s party leaders against secular activists.

India’s investigating agencies and courts have, however, rejected the “love jihad” theory, which many see as part of an anti-Muslim agenda by Modi’s party.

On Tuesday, a court in Uttar Pradesh heard a case of interfaith marriage and said that “interference in a personal relationship would constitute a serious encroachment into the right to freedom of choice of the two individuals.”

The court’s ruling came after a Muslim man was accused of forcibly converting his Hindu partner.

India is a predominantly Hindu country, with Muslims making up about 14% of its more than 1.3 billion people. Hindu hard-line groups also oppose conversions to Christianity and have vowed to continue trying to prevent interfaith relationships.

Critics of Modi — an avowed Hindu nationalist — say India’s tradition of diversity and secularism has come under attack since his party won power in 2014 and returned for a second term in 2019.

They accuse the party of fanning religious passions and presiding over religious intolerance and sometimes even violence. The party denies the accusation.

But an apparent mood of fear, anger and disenchantment is growing among ordinary Indian Muslims. They say Modi and his party are slowly disenfranchising them, leaving the community reckoning with a future as second-class citizens.

The new decree comes at a time when Indian politics are increasingly becoming religiously charged.

On Monday, police registered a case against two executives of online streaming service Netflix, after a leader of Modi’s party objected to scenes in the series “A Suitable Boy,” in which a Hindu girl and a Muslim boy kiss against the backdrop of what appears to be a Hindu temple.

The police complaint was registered in Madhya Pradesh state for allegedly offending the religious sentiments of Hindus.

Many Indians on Twitter demanded a boycott of Netflix and called for the series to be taken off the platform.

The withdrawal of the ad drew sharp criticism from many in India and shed light on the country’s growing religious polarization under Modi, whose party and supporters envision the country as a Hindu nation and are accused by critics of normalizing anti-Muslim sentiment. 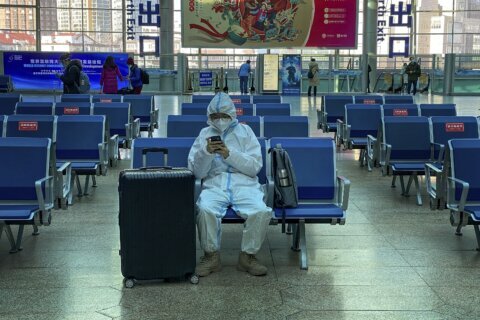 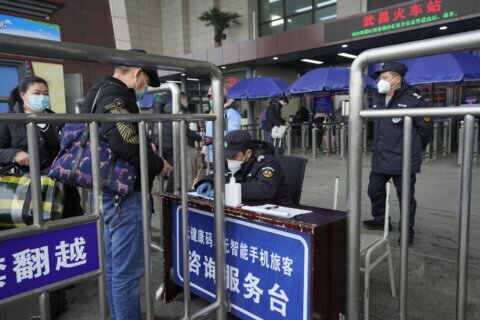