PHNOM PENH, Cambodia (AP) — Cambodia on Wednesday banned all state-organized events in the capital and a neighboring province for two weeks to prevent the spread of the coronavirus after a number of people connected to a Hungarian official’s visit tested positive.

The Interior Ministry did not elaborate on the ban on government events and meetings. It had already closed schools, nightclubs, beer halls and cinemas in Phnom Penh and neighboring Kandal province.

The decision came after the government struggled to trace people that came into contact with Hungarian Foreign Minister Peter Szijjarto, who made a short visit to Cambodia on Nov. 3 before testing positive on arrival later that day in neighboring Thailand. All his meetings in Thailand were canceled and he flew home on Nov. 4.

Cambodian Prime Minister Hun Sen has so far ruled out declaring a state of emergency, even as he and a number of his Cabinet ministers were forced into quarantine. Two Hungarian ambassadors, to Thailand and to Cambodia, are among those who have tested positive since Szijjarto’s visit.

Cambodia has tested more than 1,000 people who had connections to the visit, and four were confirmed to have contracted the virus: the Hungarian ambassador, a Cambodian bodyguard for the visiting minister, a ruling party lawmaker and a senior Agriculture Ministry official.

The Health Ministry said in a statement that it would distribute at Hu Sen’s recommendation about 2 million cloth masks to the Phnom Penh Municipality to be handed out to residents who cannot not afford to buy them. The capital has a population of about that size.

Thai authorities said Tuesday that a Hungarian diplomat in Bangkok tested positive for the virus, the only local case in Thailand so far linked to Szijjarto.

The 53-year-old Hungarian diplomat in Bangkok was sent to an infectious disease facility for treatment and isolation.

The diplomat sat in the same car and had a quick dinner with Szijjarto on the day he arrived in Bangkok, said Sopon Iamsirithaworn, director of Thailand’s Division of Communicable Diseases of the Department of Disease Control.

The diplomat was not identified by name. However, in response to reporters’ questions, Sopon referred to him as “ambassador.” Hungary’s embassy in Thailand did not reply to questions for further details.

Hun Sen has said he will stay quarantined for 14 days. He posted Monday on his Facebook page that he, his wife and other members of their household have all tested negative twice.

Cambodia and Thailand have seen only a handful of locally transmitted cases for several months and have had a very low infection rate since the start of the pandemic.

Cambodia has reported 301 cases so far and no deaths. Thailand has had 3,844 confirmed cases, including 60 deaths. 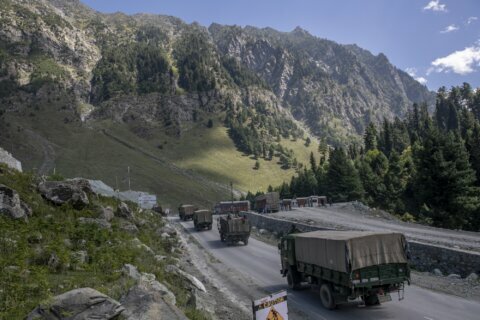 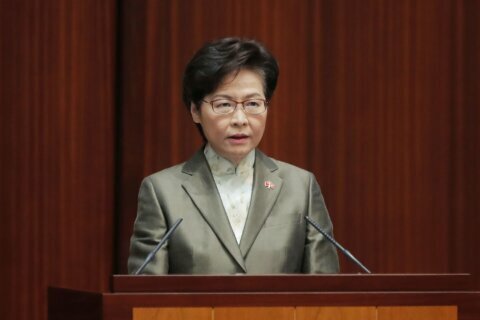